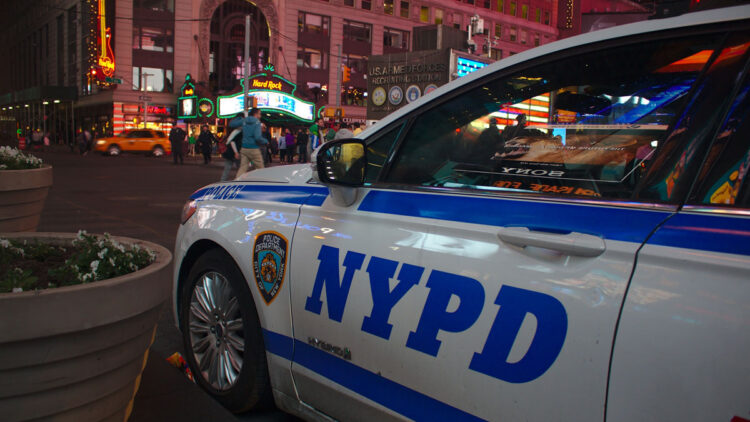 NO SURPRISE: Democrat cities fill 18-out-of-20 spots in the U.S. most dangerous list as Rep. Alexandria Ocasio-Cortez (AOC) puts the increase in crime down to people just trying to feed their families.

She said: “Maybe this has to do with the fact that people aren’t paying their rent & are scared to pay their rent & so they go out & they need to feed their child & they don’t have money so… they feel like they either need to shoplift some bread or go hungry.”

WARNING: It seems this man in New York City is out looking to feed his kids by violently attacking two elderly men.

Clearly AOC hasn’t seen the stats, because taking food (petit larceny) isn’t the crime that has doubled. According to one Twitter user: “Petit larceny is down 7.5 percent year-to-date. Murder is up 27 percent.”

And it’s not just happening in New York City, it’s happening coast-to-coast across the United States.

What do Milwaukee, Chicago, LA, and New York City have in common? They’re run by Democrats.

Even CNN used Milwaukee, LA, New York City in their article about major crime surges in the United States. Adding Philadelphia to the list, which is also run by a Democrat.

Mayor de Blasio is clearly not looking at the stats. There’s already so much violence, and it seems to be worst in Democrat cities.

This discussion has reared it’s head multiple times, with Facebook Fact-Checkers first questioning a post made about Democrat cities being the most dangerous in the United States only last month.

PolitiFact pointed out the information used was out of date and that just because the leadership of the city leaned one way politically, it didn’t mean the criminals voted for them.

Yet, in January, before the lockdown and protests, Dr. Andrew Schiller put together a Top 100 Most Dangerous Cities in the U.S. that wasn’t politically leaning.

The Daily Signal then took the Top 20 of that list and highlighted whether they were Democrat or Republican.

So pre-lockdown and protests, Democrat cities were the most dangerous in the United States. The other two cities in the Top 20, had candidates who ran as nonpartisan during elections.

That’s right, ZERO Republican cities are on the Top-20 most dangerous list.