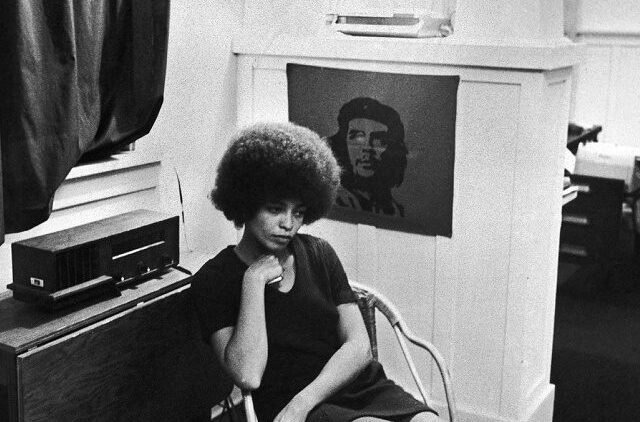 Whistleblower documents revealed a Philadelphia elementary school, ranked as one of the worst-performing schools in Pennsylvania, forced fifth graders to act out a “Black Power” rally in honor of radical Marxist Angela Davis and to celebrate “black communism.”

According to Critical Race Theory investigator Christopher Rufo, who obtained the documents and spoke to a source within the William D. Kelley School, a fifth-grade teacher designed a social studies curriculum “to celebrate the political radical Angela Davis, praising the ‘black communist’ for her fight against ‘injustice and inequality.’”

An author and filmmaker, Rufo reported in a Twitter thread that, after asking students to “describe Davis’ early life” and her vision of social change, the teacher led them to the school auditorium to “simulate” a “Black Power” rally to “free Angela Davis” from prison.

Rufo, the director of the PBS film America Lost, noted the William Kelley school is one of the worst-performing schools in Pennsylvania, and only three percent of the students are proficient in math and nine percent in English by sixth grade.

The school’s population is 94 percent black and 100 percent “economically disadvantaged.”

Despite this abysmal academic performance, teachers and administrators at William Kelley have gradually abandoned traditional pedagogy in favor of political radicalism. Even the school’s newest public artworks illustrate this politicization. Administrators recently commissioned a mural of Angela Davis and Huey P. Newton, who represent the Communist and Black Panther revolutionary movements of the 1960s; both figures stood trial for various crimes, including the murder of a police officer.

Ironically, the Philadelphia school district superintendent, William R. Hite Jr., Ed.D., released an “Antiracism Declaration” that states it is the mission of the district “to deliver on the civil right of every child in Philadelphia to an excellent public school education and ensure all children graduate from high school ready to succeed, fully engaged as a citizen of our world.”

Hite continued in the “declaration”:

But, how can we truly accomplish this if some of our students are forced to witness and endure acts of hatred because of the color of their skin, are dehumanized for where they come from and how they look, and live within conditions that place their bodies under constant attack, rendering them voiceless by the very system that is supposed to protect and empower them?

Rufo, nevertheless, questioned how Hite’s decision to engage the students in “antiracist” curricula will help the district achieve its goal of ensuring children “graduate from high school ready to succeed.”

“The gap between rhetoric and reality at schools such as William Kelley is almost beyond comprehension,” he wrote, adding that “the vast majority of the ten- and eleven-year-olds marching for the utopia of ‘black communism’ can barely read and write.”

Rufo reported the local teachers’ union produced a video, during Black Lives Matter at School week, in which the United States is described as a “settler colony built on white supremacy and capitalism,” one that created a “system that lifts up white people over everyone else.”

The union promotes destroying the “racist structure of capitalism” and offering “reparations for Black and Indigenous people.”

An anonymous teacher at the school also told Rufo, “I’ve come to realize that no policy hurts African-Americans more than the public school system and the teachers’ union.”

Davis, who was acquitted in 1972 on charges of conspiracy, murder, and kidnapping in California, appeared in July on Russia Today’s (RT) Going Underground where she discussed the Democrat nomination of Joe Biden in the 2020 election.

While she admitted Biden “is very problematic in many ways,” she stated nevertheless the election is “about choosing a candidate who can be most effectively pressured into allowing more space for the evolving anti-racist movement.”

In January 2017, Davis also served as a keynote speaker at the Women’s March on Washington to protest the newly inaugurated Donald Trump. In her speech, Davis urged women to resist Trump and his policies through militant action and demands.