62% Of Americans Are Afraid To Say Their Political Beliefs 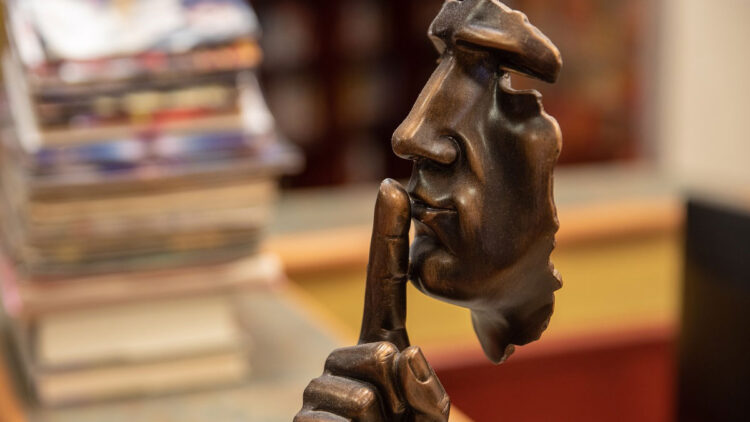 A survey came out on July 22, 2020, saying that two-thirds of Americans are afraid to speak their mind when it comes to political beliefs.

Anyone who associates themselves with President Trump is almost immediately labeled a racist, sexist, fascist, or some other ‘ist’. Plus, the outcome can often be more than name-calling.

For example, one Michigan teacher was recently fired for supporting President Trump’s stance that kids should go back to school. His single tweet on the subject read: “I’m done being silent. @realDonaldTrump is our president.”

CHECK OUT: The full story of a Michigan teacher fired for supporting President Trump’s stance on kids returning to school now.

What The Survey Showed

The survey from the Cato Institute and YouGov found that 62-percent of the 2,000 Americans asked could not say their political beliefs because others might find them offensive.

In 2017, this number was at 58-percent. Yet the headline for that survey stated: “71% of Americans Say Political Correctness Has Silenced Discussions Society Needs to Have.”

Things have obviously gotten worst for many Americans, and it is the difference between Democrat and Republican opinion which show whose political beliefs are under threat.

CHECK OUT: Democrat pushes election conspiracy, suggesting that the President’s federal forces are in riot-stricken cities for a future coup.

This is the most damning statistic from the 2020 survey.

77-percent of the Americans asked in the survey felt afraid to share the fact they had Republican beliefs.

In comparison, 58-percent of “strong liberals” felt they could share their political beliefs without repercussions.

Unsurprisingly, in 2017, when a similar survey was taken, 53-percent of Democrats did not feel the need to censor their political beliefs. Whereas 73-percent of Republicans did.

Clearly, the political climate in the United States is one that leans towards “strong liberal” viewpoints and against Republicans/conservatives.

Some might say, the opinions of 2,000 Americans isn’t enough to prove the political climate leans left. Yet when the New York Times admits they alienate conservative opinions, it adds weight to the argument.

CHECK OUT: The New York Times admits they and the mainstream media interpret the truth and alienate conservative opinions.