ABC News takes media stupidity to the next level 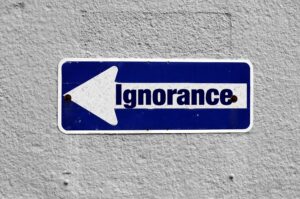 “Esteemed journalism” outlet ABC News has set a new bar for stupidity among modern-day journalism. And when you include Jim Acosta of CNN, NPR, and the Washington Post, that is an unbelievably high bar to raise.

Where is the “comforter in chief” asks ABC News

In the midst of a global pandemic called COVID-19, also known as the cornavirus, ABC News questions why the President of the United States has not taken time out of his schedule for a photo op? Media suck-ups like Governor Andrew Cuomo (D) are always willing to pose for a photo op, perhaps cleaning a New York subway car (after not having had it cleaned for two months). And yes, it is helped him in the polls. However, this is a pandemic and a self-inflicted recession that needs President Trump focusing all his efforts on resolution. The President should not be posing photo ops like a two-bit politician from New York.

Media one day: ‘Why hasn’t President Trump visited the sick?’ Media next day: “Why is President Trump not focusing the pandemic and recession, and instead doing photo ops with his sick constituents.’ The media is the worst of hypocrisy, only behind talent-less Hollywood actors and members of the United States Congress.

While comforting the sick is plausible, exposing the leader of the free world to a highly contagious epidemic is probably not a good strategy. Limited mental capacity of outlets like ABC News shows us each and every day why so much of the public doesn’t trust the media.

We’re confident there are not a lot of photo ops with former President Obama visiting EBOLA, SARS, or H1H1 patients while those patients were in the midst of their struggle for life.

The final point is here, which ABC News doesn’t realize is that COVID-19 patient is not allowed to see their family members. While the President is a very important person, he doesn’t compare to the wife, husband, or children of a critically ill COVID-19 patient.

President Trump is 73 years old and birthday is June 14th. Keeping away a 73-year-old man from exposure to COVID-19 seems prudent. Not sure what ABC News is thinking writing a story like this. Or do we?