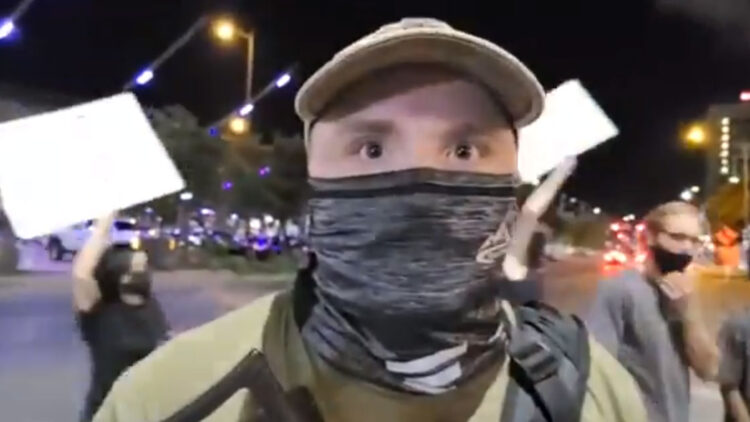 AUSTIN, TEXAS, A Black Lives Matter protester was shot and killed Saturday night after a confrontation with a driver turned fatal.

The protester, Garrett Foster, who was armed with an AK-47 allegedly pointed his gun at the driver, who was being blocked by protesters in the road.

The driver, who had turned a corner quickly into the Black Lives Matter protest, stopped abruptly and honked his horn. It was shortly after this point that the fatal confrontation took place.

According to the police, Garrett Foster pointed his AK-47 at the car, and at that point, someone in the car fired.

The question is, who is to blame?

CHECK OUT: Peaceful protests continue in Portland and Seattle, yet it looks more like domestic terrorism with organized criminal attacks on buildings.

It Started With The AK-47

According to reports, the Austin Police Department Chief, Brian Manley stated that the driver involved called 911 immediately. According to the driver, someone pointed a gun at them and that is when they opened fire.

The investigation is ongoing, but two individuals involved have been released. The first was the driver. The second was another protester who opened fired at the car.

The Austin Police Department is requesting people at the scene to provide video, photos, and information.

The Chief also praised his officers: “Yet again, the men and women of the Austin Police Department ran toward danger. They put their life on the line for others, and that is what they did last night.”

CHECK OUT: Proof of the left’s fascism? Michigan teacher fired for one single tweet supporting President Trump’s decision to get kids back to school.

Earlier on Saturday, the victim Garrett Foster gave an interview and stated people are trying to shut down his right to protest. He continued: “People who oppose us are p****** and won’t do anything about it.”

She added that he was attending with his African American fiancee Whitney Mitchell and that he had a license to open carry.

During the interview, Sheila Foster spoke about what others had told her. Stating that the driver was erratic and at risk of hitting someone in the protest. That her son was pushing Whitney Mithcell in her wheelchair across the intersection, and that the driver got out and opened fire.

CHECK OUT: Democrat’s insane conspiracy theory that President Trump is sending federal forces to cities in anarchy so that he can take control if he loses the election.