ALL LIVES MATTER: Student Called Out By Police For Being Racist To Himself 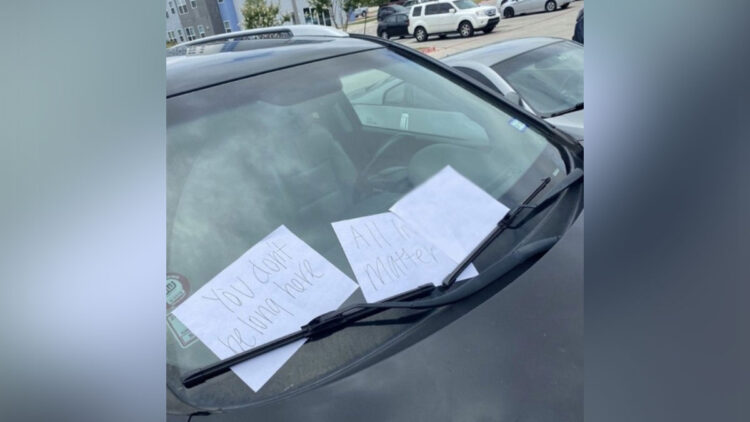 ALL LIVES MATTER: June 25, Texas A&M University President Michael K. Young put out a campus message saying: “Yesterday afternoon I learned of a detestable racist event – messages of hate were left on the car windshield of a Texas A&M student.” The message included an offer of $1,200 for anyone who could provide information.

According to reports, Isaih Martin, a senior at A&M called the police after being left three notes, they read “All Lives Matter,” “You don’t belong here,” and the other used the N-word.

Martin told KBTX-TV: “Racism is here in college station and that problem needs to be addressed and brought up and needs to be fixed.”

No person should suffer racism and whoever is responsible should be punished.

Now for the twist.

All Lives Matter (And Lies)

By July 10, after police investigated, University President Young confirmed the case was closed.

The police who had video footage reported: “He (Martin) was the only person with enough time to place the notes on his car.”

The police investigation found the following:

The police also included a breakdown of what Isaih Martin did upon returning to the car.

According to the report, this sequence lasted 1 minute, 15 seconds.

Martin denies the accusation and believes the notes were left by one of the people walking a dog in the video.

#1. All Lives Matter is thought as racist and hurtful.

#2. No punishment given for fake racism.

According to all officials involved, the case is now closed. Yet, fake racism is serious. Action should be taken, especially by the University.