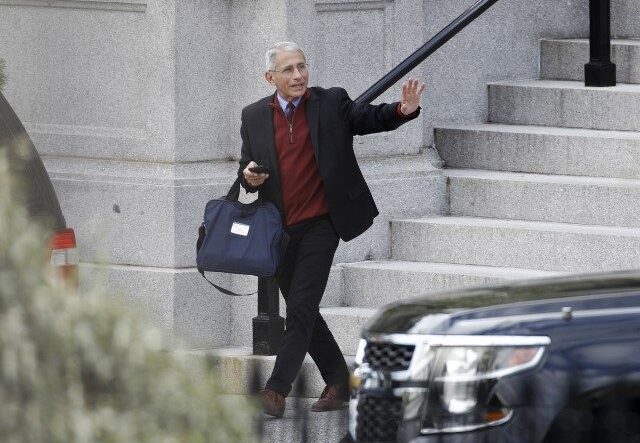 Dr. Anthony Fauci spoke about retiring from public life as demands for his termination have grown louder this week.

Fauci, 81, told ABC News he is “certainly” thinking of retiring as President Biden’s top medical adviser. Suggesting he will stay on until the end of the pandemic, Fauci noted the pandemic might already be over.

“I have said that I would stay in what I’m doing until we get out of the pandemic phase and I think we might be there already, if we can stay in this,” Fauci said regarding the Democrats’ decision to lift coronavirus mask and vaccine mandates without a change in the science of transmission.

“I can’t stay at this job forever. Unless my staff is gonna find me slumped over my desk one day. I’d rather not do that,” he added.

Fauci has never hinted so strongly he may retire. There may be a reason for that. This week, Sen. Rand Paul (R-KY) introduced an amendment to remove Dr. Anthony Fauci as director of the National Institute of Allergy and Infectious Diseases (NIAID).

The amendment would restructure the NIAID and eliminate Fauci’s position as reportedly the highest-paid federal employee.

“We’ve learned a lot over the past two years, but one lesson in particular is that no one person should be deemed ‘dictator-in-chief,’” Paul said in a statement. “No one person should have unilateral authority to make decisions for millions of Americans.”

Over the course of the pandemic, many have called for Fauci to be fired. In October, Rep. Marjorie Taylor Greene (R-GA) proposed the “Fire Fauci Act,” which has been a rallying cry for Fauci’s dismissal.

Calls for Fauci’s termination emanate from fears that Fauci has not been honest and forthcoming about the origins of the Chinese coronavirus. Sen. Marco Rubio (R-FL) has suggested that “if Biden believes in science, he must fire Fauci” for dismissing “the idea that the virus could have come from a lab.”

“In most science-based jobs, that would be a fireable offense, but Fauci ran free without any accountability,” Rubio wrote.

Fauci has been accused of lying to Congress twice regarding the coronavirus. Fauci’s response has been to call his political opponents “bad people,” who need to be healed by accepting his political views.

Some are willing to go a step further. Speaking with Breitbart News, Florida state representative and  candidate for the U.S. House of Representatives Anthony Sabatini stated Fauci is a “criminal psychopath” and deserves a “complete and total investigation.”

“The first thing that needs to happen is a complete and total investigation into Dr. Fauci, who I think is a criminal psychopath and should spend the rest of his life in a federal prison,” Sabatini said. “That’s my opinion. I think an investigation will show more evidence as to why that should be the case. I think that’s the top issue right now.”