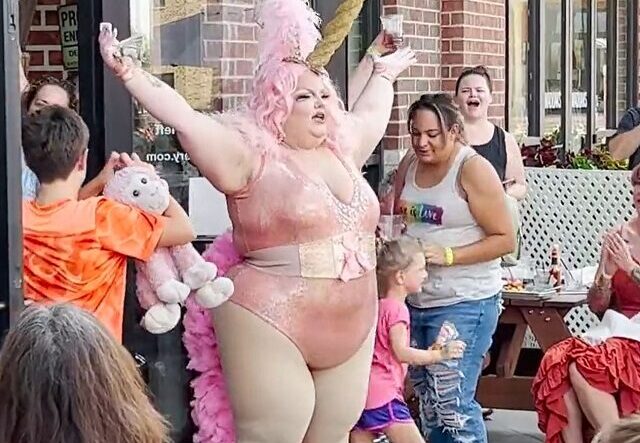 Masked Antifa members armed with AR-15 rifles and handguns showed up to guard what was billed as a “kid-friendly” drag show at a North Texas distillery. Reports indicate the show contained partial nudity and sexualized minors.

The Anderson Distillery and Grill hosted a “Barrel Babes Drag Brunch” on Sunday afternoon, according to their Facebook post.

Sara Gonzales and journalist Tayler Hansen tweeted a video from the event showing the drag show taking place in the presence of more than 20 very young children.

Independent journalist Andy Ngo tweeted a report stating the Armed Antifa members are part of the local chapter of the John Brown Gun Club. He identified the group as an Antifa militia linked to domestic terrorism.

The gun club mobilized in response to a call from Protect Texas Kids to hold a “pop-up protest” outside the distillery, the Post Millennial reported.

Local police allegedly did not respond to calls for assistance from protesters, the news outlet reported.