WATCH: Antifa Punk Slammed After Messing With the Wrong Person 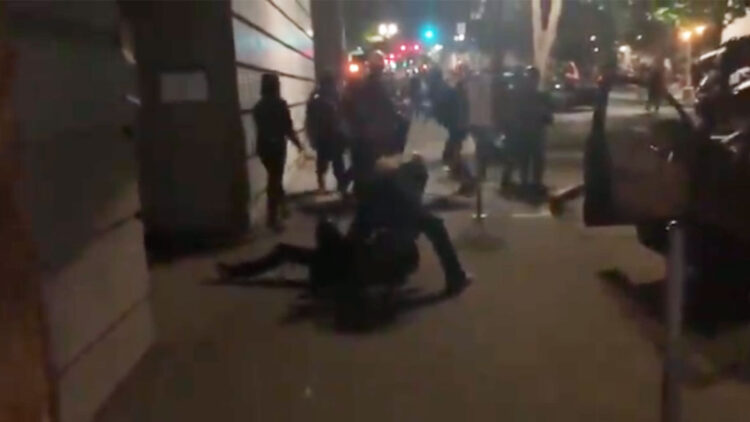 Portland, Oregon, a group of masked Antifa anarchists move close to a parked car. Considering Governor’s, Mayor’s, and police chiefs have let them run the streets for weeks, the mob’s feeling untouchable. That’s until they mess with the wrong person.

We can’t help but think that this person is ex-military, perhaps a Drill Instructor from the way he takes charge physically and vocally.

In the video, you’ll hear the Antifa mob shouting about the guy being caught on video, but even leftist comments back the car owner.

One progressive commented: “Opening someone’s car door is out of line. The person who opened the door should be grateful that he wasn’t arrested. Yes. I support massive police reforms, but I also believe in the existence of law enforcement.”

What’s most impressive is that he goes back to his car and continues to nap. One Twitter user said: “Nothing says “I ain’t scared of you, you should be scared of me” like going back to his nap.”

Another Twitter user summed up the sequence of events perfectly: “Antifa, basically chihuahuas displaying nervous aggression. Note how they’re willing to nip and bark at the big dog… right up until he barks at them. Then they scatter. It isn’t until he turns his back that they return to nip and bark some more.”

If only the people in charge of these states and cities would allow the police to do their jobs, scenes like this, wouldn’t be happening.