Barack Obama: Sometimes You Just Have to Beat Racist, Angry, and Sexist Republicans 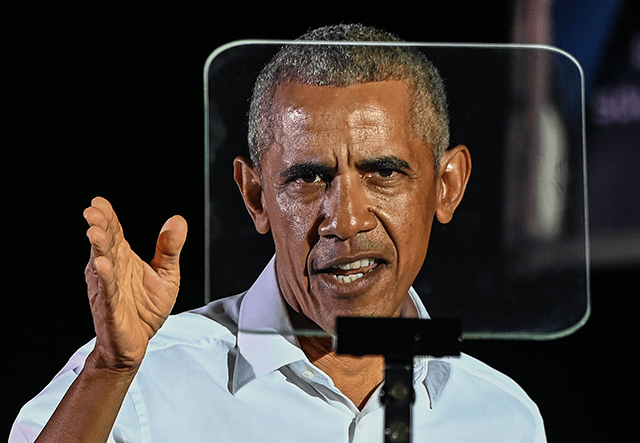 President Barack Obama described his political opponents as angry, racist, and sexist during a private conversation with some of Europe’s elites this summer, according to a newly revealed transcript.

“Sometimes it just turns out they’re mean, they’re racist, they’re sexist, they’re angry,” Obama said. “And your job is then to just beat them because they’re not persuadable.”

Obama offered his candid advice privately to European leaders in June after speaking publicly at the Copenhagen Democracy Summit in June.

But he also warned attendees away from sometimes getting too “filled up in our own self-righteousness.”

“We’re so convinced that we’re right that we forget what we are right about,” he said.

Details of his remarks were revealed in a new CNN report about the former president’s political activities during the midterms.

Obama is expected to limit his appearances on the campaign trail for the midterm elections, according to the report, despite his concern about the future of democracy.

If Democrats lose big in the midterm elections, Obama is preparing a summit to rally his party two weeks after Election Day.

The event is described as a “Democracy Forum” which will focus on the future of global democracy.

“We’ll explore a range of issues – from strengthening institutions and fighting disinformation, to promoting inclusive capitalism and expanded pluralism – that will shape democracies for generations to come,” Obama wrote in a letter to donors.