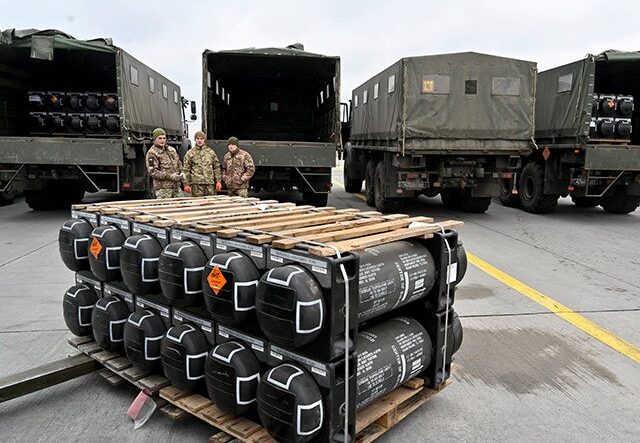 The Biden administration announced Saturday it is providing an additional $350 million in military assistance to Ukraine as it battles a Russian military offensive.

Secretary of State Antony Blinken said in a statement, “Today, as Ukraine fights with courage and pride against Russia’s brutal and unprovoked assault, I have authorized, pursuant to a delegation by the President, an unprecedented third Presidential Drawdown of up to $350 million for immediate support to Ukraine’s defense.

“This brings the total security assistance the United States has committed to Ukraine over the past year to more than $1 billion,” he said.

He said the package will include further lethal defensive assistance to help Ukraine address the “armored, airborne, and other threats it is now facing.”

A senior defense official said the assistance would come in tranches, as with prior supplies, and would include Javelin anti-tank missiles.

“We will move to provide this additional drawdown package as soon as we possibly can,” the official said. “It will come in pieces as we can get it moving and as we can get it into the hands of the Ukrainians, but I can’t give you any timeframe, other than to say it’ll be moving as soon as possible.”