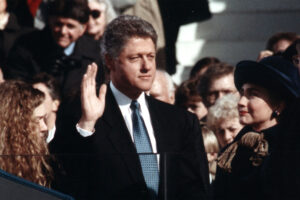 The Associate Justice of the Supreme Court, Brett Kavanaugh, must be watching the Joe Biden allegation and the #MeToo hypocrisy with mouth wide-open. Why wasn’t he treated like Biden in 2018?

It is simple. Joe Biden is the man Democrats are hoping can beat President Trump in the 2020 election. Any dirt now and it’s already over.

The latest Democrat to say the sexual assault allegation against Joe Biden is a non-issue is a woman who considers a TV denial enough evidence to give the accused a pass. Or does she?

CHECK OUT: Judge who sent business owner to jail is called “shameful” by Attorney General but remains in jail.

WHAT HAPPENED: May 6, on MSNBC Rep. Dina Titus said: “Well, I’m a strong supporter of the MeToo movement, have been from the beginning and I believe women should be believed and I believe they should be heard. And their stories should be vetted.”

September 27, 2018, Rep. Dina Titus was one of 65 Democrats who signed a letter calling for Kavanaugh’s Supreme Court confirmation proceedings to be postponed because of Christine Blasey Ford’s accusation. An accusation with less evidence than Tara Reade’s Biden allegation.

Rep. Dina Titus continued: “They shouldn’t be afraid to come forward, but Joe Biden went on TV, he answered the question unequivocally. He didn’t say, ‘In my memory,’ or. ‘I don’t recall.’ He said, ‘I didn’t do it.’ It’s been vetted. He called on the secretary of the Senate to release any information. I think it’s put to rest.”

September 24, 2018, three days before the letter was signed by Rep. Dina Titus, Brett Kavanaugh denied the sexual allegations on TV.

An objective press would have questions about this double standard.

CHECK OUT: Patriot Sheriff says “New Normal” being touted by Governors is an attack on our basic rights.

There are more issues regarding what Rep. Dina Titus said. They include:

Putting the double standards to one side, these two issues shouldn’t allow Democrats to put a line under the Biden allegations.

Yet, Rep. Titus isn’t alone in trying to push the message. House Speaker Nancy Pelosi told CNN: “I’m a big, strong supporter of the MeToo movement. I think it has made a great contribution to our country. And I do support Joe Biden. I’m satisfied with how he has responded.”

Fortunately, many citizens aren’t falling for the Democrats message. A Monmouth poll asked 739 registered voters if the Biden allegation was ‘Probably True’ or ‘Probably Not True’.

Only 32 percent of the people asked believed Biden is innocent.