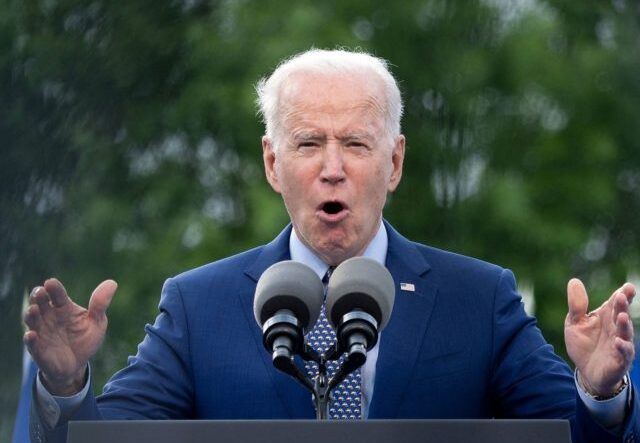 President Biden announced Thursday the attacker that shot NYPD officers Jason Rivera and Wilbert Mora used a Glock handgun, and he described the handgun as a “weapon of war.”

Biden said the individual who shot Rivera and Mora used a “stolen Glock” handgun, for which the shooter had 40 rounds.

The WH press release explained the initiative, titled the National Ghost Gun Initiative, “will train a national cadre of prosecutors and disseminate investigation and prosecution tools to help bring cases against those who use ghost guns to commit crimes.”

The WH also pointed out that Biden plans to step up actions against “unlicensed dealers” who sell firearms without background checks.