Biden: I Haven’t Made Final Decision on Running in 2024 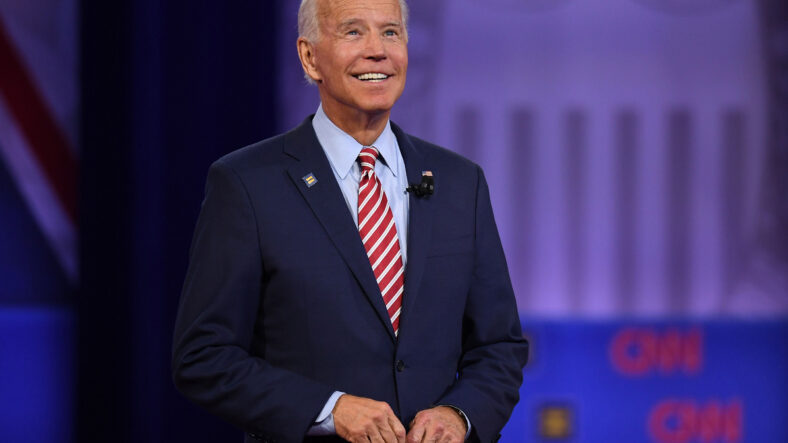 (FILES) In this file photo Democratic presidential hopeful former US Vice President Joe Biden gestures as he speaks during a town hall devoted to LGBTQ issues hosted by CNN and the Human rights Campaign Foundation at The Novo in Los Angeles on October 10, 2019. - US Senator Bernie Sanders has suspended his presidential campaign, his team said on April 8, 2020, clearing the way for rival Joe Biden to become the Democratic nominee to challenge Republican incumbent Donald Trump in November. Sanders, a 78-year-old leftist who challenged Hillary Clinton for the nomination in 2016, was holding a staff conference call on Wednesday when he "announced that he is suspending his campaign for president," his aides said in a statement. (Photo by Robyn Beck / AFP) (Photo by ROBYN BECK/AFP via Getty Images)

President Joe Biden said Sunday on CBS’s “60 Minutes” that he had not decided if he would run for president in 2024.

Anchor Scott Pelley said, “Sir, are you committed to running again, or are there certain conditions that have to be right?”

Biden said, “Look, if I were to say to you, I’m running again, all of a sudden a whole range of things come into play that I have requirements, I have to change and move and do.

Biden said, “In terms of election laws. And it’s much too early to make that kind of decision. I’m a great respecter of fate. And so what I’m doing is I’m doing my job. I’m going to do that job. And within the timeframe that makes sense after this next election cycle here, going into next year, make a judgment on what to do.”

Pelley said, “You say that it’s much too early to make that decision. I take it the decision has not been made in your own head.”

Biden said, “Look, my intention, as I said, to begin with, is that I would run again. But it’s just an intention. But is it a firm decision that I run again? That remains to be seen.”