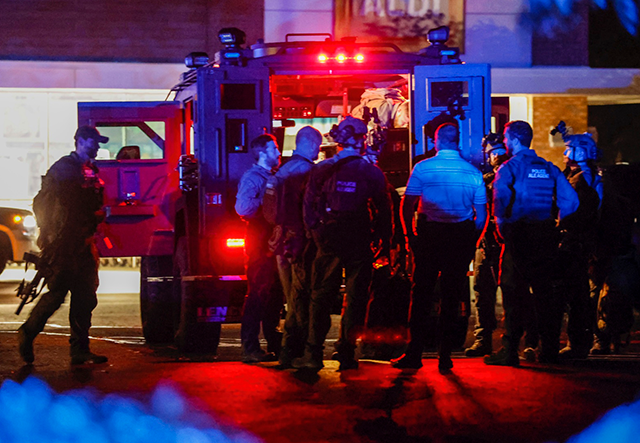 One of the deceased individuals was an 0ff-duty police officer.

Spectrum Local News published 911 calls related to the attack and noted that “callers describe a young man dressed in camouflage wielding a shotgun.”

The North Carolina flag, American flag and Hedingham flag all fly at half-staff at the entrance to the Hedingham Golf Club in Raleigh, N.C., on Friday, Oct. 14, 2022, after a shooting in the community left five dead Thursday night, including one off-duty police officer. (AP Photo/Hannah Schoenbaum)

Biden responded to the attack via a statement in which he urged passage of an “assault weapons” ban.

The statement said, in part, “For the lives we’ve lost and the lives we can save, I took historic action to stop gun violence in our nation, including signing the most significant gun safety law in nearly 30 years. But we must do more. We must pass an assault weapons ban. The American people support this commonsense action to get weapons of war off our streets. House Democrats have already passed it. The Senate should do the same. Send it to my desk and I’ll sign it.”