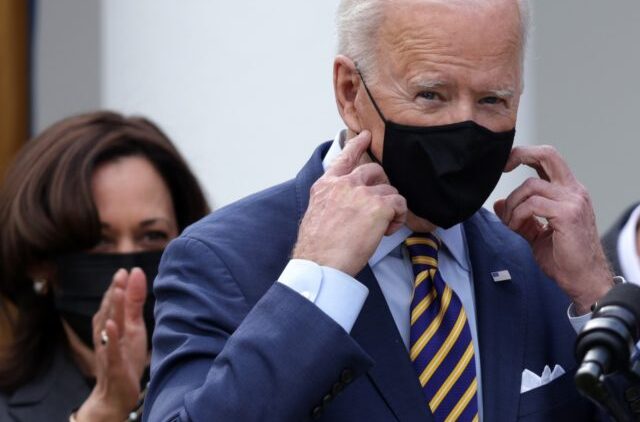 President Joe Biden is reportedly planning the largest hike in federal taxes in almost three decades to fund a long-term economic recovery program to follow in the footsteps of the recently passed $1.9 trillion stimulus package. POLL: What scares you the most? about:blank

Unnamed sources confirmed the plans to Bloomberg News over the weekend, reportedly indicating that the major tax hike — the first since 1993 — is expected to pay for key Biden administration initiatives such as “infrastructure, climate, and expanded help for poorer Americans.”

But the sources said the planned changes are not designed to fund only the key priorities of the administration. With the tax hike, Biden’s team hopes to address what Democrats argue are “inequities in the tax system itself.” According to the Bloomberg report, the changes include:

“His whole outlook has always been that Americans believe tax policy needs to be fair, and he has viewed all of his policy options through that lens,” Sarah Bianchi, a former Biden economic aide, told Bloomberg. “That is why the focus is on addressing the unequal treatment between work and wealth.”

The plans are unsurprising coming from the Biden administration and progressive Democratic lawmakers, who have already shown a willingness to raise taxes to accomplish their policy goals. Democrats snuck $60 billion in tax hikes into the coronavirus relief bill even as the country faces continued economic difficulty as a result of the pandemic.

However, despite falling in line with Biden’s campaign promises and demands from progressive lawmakers, any major tax hikes may face an uphill battle in Congress. Tax hikes, especially if they result in a repeal of former President Trump’s 2017 tax cuts, are a non-starter for Republicans. Likewise, moderate Democrats have shown some reluctance to the idea.

Then last month, an anonymous Democratic House member told The Hill the government should not be raising taxes.

“People would accept the corporate tax raised a few points, but beyond that you’re going to have problems, especially in the middle of an economic crisis,” the lawmaker reportedly said.