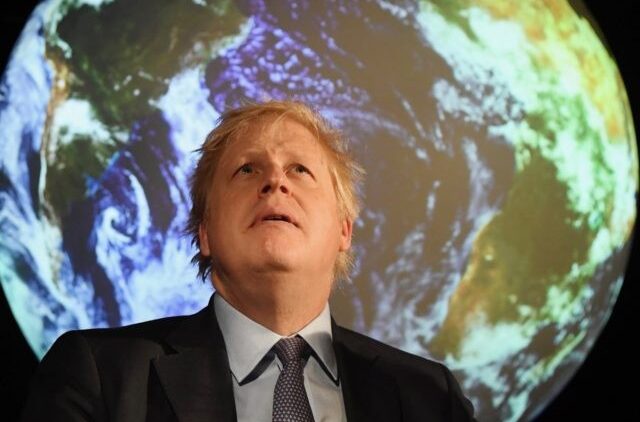 President-Elect Joe Biden will reportedly make his first international trip outside of North America to the United Kingdom to plot the “destiny of the world” with Prime Minister Boris Johnson, a source close to the 77-year-old Democrat has claimed.

Insiders within the Biden camp have pointed to the G7 meeting in June, which will be hosted by the UK in Cornwall, as the likely time of the meeting.

A source cited as a “close friend” of Mr Biden told the British paper The Daily Telegraph that the president-elect will look to put aside differences over Brexit, to which Biden has long expressed his opposition.

“Boris is a conservative, Joe’s a moderate [Democrat] so I think they can get over it. I think they’ll end up getting along,” the source said, illustrating how far to the left the UK Tory party is on almost all matters, compared to U.S. political parties.

“Joe’s view will be that they’ll have the destiny of the world on their shoulders so he’ll want to overcome any political differences.

“I think there’ll be more empathy than there was between Boris and Donald Trump. Boris seemed to get along with Trump, but I don’t know if he really did,” the close friend of Biden claimed.

Despite Mr Johnson often being likened to President Trump, the British leader’s policies have been far more similar to those pushed by Democrats than the America First agenda promoted by Trump.

On issues such as climate change, migration, and even the government’s role during the Chinese coronavirus crisis, Mr Johnson aligns more with Biden’s neo-liberal globalist mindset than with President Trump.

Johnson and Biden have both taken to using the Great Reset slogan ‘Build Back Better‘, which was first used by the United Nations during the disaster relief efforts following the 2015 tsunami in Japan.

The phrase was later widely adopted during the 2016 Paris Climate Accord, which the U.S. left under the leadership of President Trump. Mr Biden, on the other hand, has expressed his intention to rejoin the pact.

Prior to Mr Trump’s victory in the 2016 presidential election, Johnson — who was serving as the Mayor of London — was also heavily critical of then-candidate Trump.

“When Donald Trump says that there are parts of London that are no-go areas, I think he’s betraying a quite stupefying ignorance that makes him, frankly, unfit to hold the office of President of the United States,” he said in a 2015 interview.

“I would invite him to come and see the whole of London and take him round the city except that I wouldn’t want to expose Londoners to any unnecessary risk of meeting Donald Trump,” Johnson added.

Should Mr Biden travel to the UK before the European Union, it would be seen as a diplomatic coup of sorts for the British prime minister.

The president-elect has long expressed his opposition to the pro-sovereignty Brexit movement and has even previously warned Johnson that relations between the U.S. and the UK would suffer if the departure from the European Union threatened the Good Friday Peace Agreement on the isle of Ireland — the ancestral home of Mr Biden.

Ahead of the presidential election, an advisor to the Biden campaign and former U.S. ambassador to the EU, Anthony Gardner, said that he expected the Biden administration to announce a “declaration of support for the European Union”, as early as his first day in office.

A source within the UK’s Foreign Office claimed that the differences between Mr Biden and the PM have been “overblown”, explaining: “I am not going to pretend it is going to be plain sailing. There will always be differences. But fundamentally we are headed in the same direction.”

“Biden wants to re-engage with the world. Britain has kept America’s seat warm in some of these multilateral institutions,” the source added.