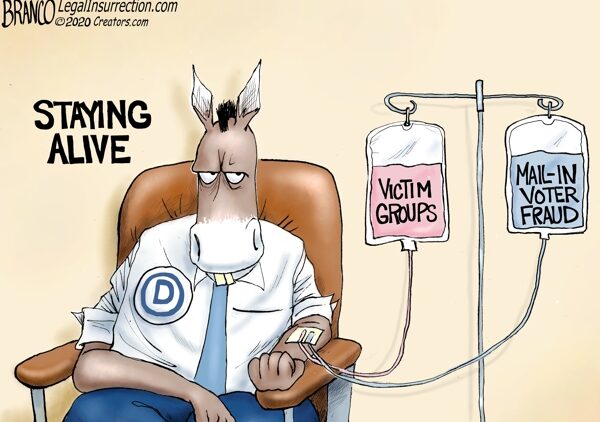 Want to know what’s keeping Joe Biden and the Democrats in the 2020 election hunt?

A heavy mix of pandering to victim groups and a Democrat-led push for mail-in voting via COVID-19 fear.

If only the mainstream media weren’t ignoring the carnage they’re leaving in their wake… Oh wait, they are.

All of this is perfectly illustrated by political artist A.F. Branco. Find more at ComicallyIncorrect.com.

Comically Incorrect describes the above image as: “Mainstream media is ignoring Biden’s corruption and mental decline and propping him up against Trump.”

CHECK OUT: Watch, Joe Biden has a handler and he controls the media with one word. They wouldn’t behave for President Trump like that.

Comically Incorrect describes the above image as: “Democrats depend on an endless supply of a victim mined constituency along with voter fraud to stay alive.”

CHECK OUT: Watch Attorney General William Barr call out Democrats for their silence over the violent riots in Portland.