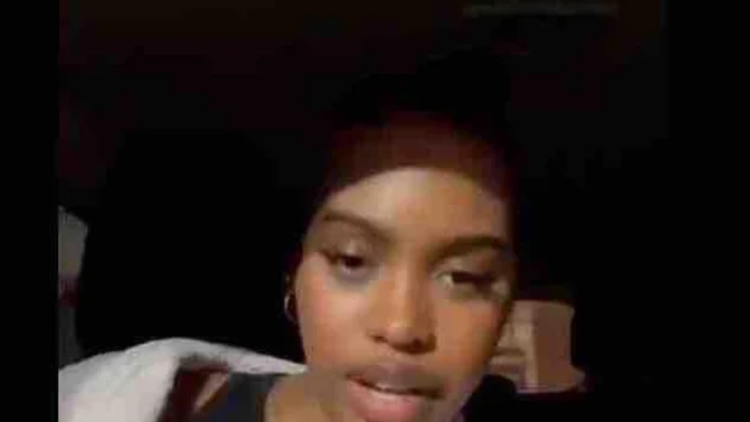 A Black Lives Matter activist with a huge social media following threatened that “all hell is gonna break loose” if former Minneapolis police officer Derek Chauvin “is not sentenced” for the death of George Floyd, the Daily Wire reported. POLL: What scares you the most?

Maya Echols — a model with nearly a half-million TikTok followers — made her statement in video that she apparently took down, the outlet said. But the clip has been preserved for posterity

“If George Floyd’s murderer is not sentenced, just know that all hell is gonna break loose,” Echols said. “Don’t be surprised when buildings are on fire. Just sayin’.”

He’s accused of unintentional second-degree murder, third-degree murder, and manslaughter in connection with Floyd’s death. Video of Chauvin kneeling on Floyd’s neck for several minutes during the course of his arrest went viral last May, resulting in nationwide outrage, protests, rioting, and destruction that lasted all summer.

According to the Associated Press, there is concern as to whether Chauvin can get a fair trial with pressure on jurors and “with some potentially fearing the consequences to the city and country should they reach a verdict others oppose.”

More from the AP:

A high fence installed around the courthouse for the trial is a daily reminder for jurors of security concerns. On some days, protesters gathered just beyond it, holding signs that read, “Convict Derek Chauvin” and “The World Is Watching.”

Jurors are well aware that Floyd’s death led to months of protests in Minneapolis and cities nationwide. They’re aware, too, that thieves took advantage of demonstrations to break into, ransack and sometimes burn down stores. […]

Numerous people expressed unease about serving on the panel for Chauvin’s trial during the more than two weeks of jury selection. At least one who became teary-eyed was excused, as were others who were visibly unnerved.

Others displayed no such apprehension. A Black man in his 30s who was ultimately put on the jury wrote on a questionnaire that the Chauvin trial was the biggest case of his lifetime. And he added: “I would love to be a part of it.”

‘I don’t care if the whole city burned down’

Echols certainly isn’t alone in her sentiments. Days after Floyd’s death — when nationwide riots were in full swing — Ashley Gantt, a Black Lives Matter leader in Rochester, New York, spoke in front of a crowd and the media and declared she didn’t “care if the whole city burned down.”

“If there was looting, if there was things on fire, that is not what is important. What is important is why these things happen,” Gantt said, before telling reporters that they’re responsible “to make sure that’s the story that’s heard.”

She appeared to justify violence given that civil rights laws were passed after the rioting that broke out after the death of Martin Luther King Jr. in 1968.

“I am just tired of you guys not putting the correct narrative out there,” Gantt added. “I don’t care if the whole city burned down. We need justice. And that is the story that needs to be told.”

The Daily Wire said Gantt later tried to soften her words, saying that “of course” she does not want the city set on fire, but she does want people to understand that when it comes to “sustainable change, sometimes we have to do whatever it takes to get it.”