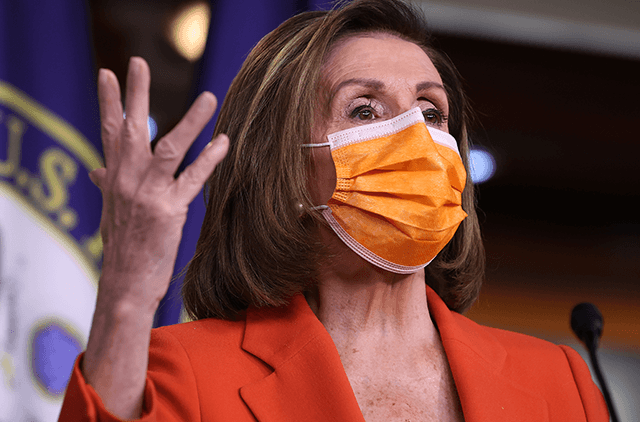 “This is so damn disrespectful. George Floyd didn’t choose to die @speakerpelosi. He was murdered by a killer cop operating through white supremacy,” the official Black Lives Matter Twitter account, which has one million followers, remarked. “There isn’t justice here”:

The 81-year-old speaker reacted to the verdict alongside the Congressional Black Caucus (CBC), thanking George Floyd for “sacrificing” his life for justice.

“For being there, to call out to your mom—how, how heartbreaking was that? Call out for your mom. ‘I can’t breathe,’” she continued, adding, “but because of you and because of thousands, millions of people around the world, who came out for justice, your name will always be synonymous”:

Rep. Alexandria Ocasio-Cortez (D-NY) is among prominent Democrats who harshly responded to the verdict even though it was what the movement demanded.

“It’s not justice because justice is George Floyd going home tonight to be with his family,” she said in part:

Justice is Adam Toledo getting tucked in by his mom tonight. Justice is when you’re pulled over, there not being a gun that’s part of that interaction because you have a headlight out. Justice is your school system not having or being part of a school-to-prison pipeline. Justice is a municipality and a government that does not — because it trickles down right? — that does not value military and armaments more than it healthcare, and education, and housing.

So, no, this verdict is not justice. Frankly, I don’t even think we call it full accountability, because there are multiple officers that were there. It wasn’t just Derek Chauvin. And I also don’t want this moment to be framed as this system working, because it’s not working.

“I would not call today’s verdict justice, however, because justice implies true restoration,” Ellison said at the time. “But it is accountability, which is the first step toward justice.”