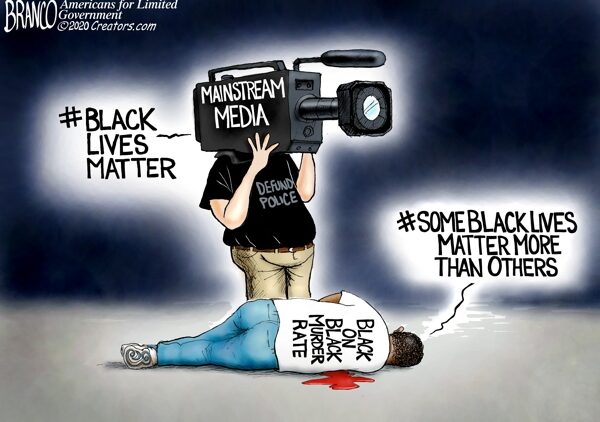 Both takes are by political artist A.F. Branco’s and show how the Democrats, the media, business, and Black Lives Matter go hand-in-hand.

Comically Incorrect describes the above image as: “The Marxist organization, Black Lives Matter extorts money from corporate America with large amounts going to The Democrat party.”

CHECK OUT: A Black Lives Matter protester armed with an AK-47 shot dead by a driver in Austin, Texas.

Comically Incorrect describes the above image as: “Black Lives Matter? Some black lives, like black on black murders in Democrat-run cities, not so much.”

CHECK OUT: The issues of Higher Education according to political artist A.F. Branco.