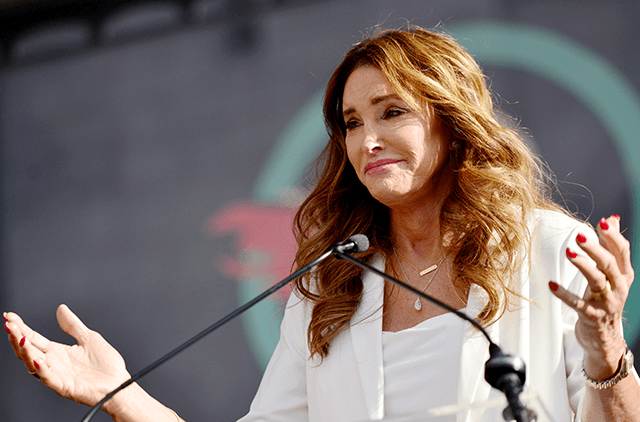 Caitlyn Jenner, a transgender woman who is now a California gubernatorial candidate in the likely recall election of Gov. Gavin Newsom, said in an interview that illegal aliens should have a pathway to citizenship.

“I am for legal immigration, okay,” Jenner said in an interview with Dana Bash set to air on CNN on Monday night. “What’s been happening on the border was honestly one of the reasons I decided to run for governor.

“I was watching people dying come across the river, kids in cages — whatever you want to call them,” said Jenner, a reality TV star and former Olympic gold medalist.

“They should have a chance at citizenship?” Bash asked.

“Absolutely, yeah,” Jenner said. “They should. I mean, there’s a lot of people, but personally I have met some of the most wonderful people who are immigrants, who have come to this country and they are just model citizens.”

“They are just great people and I would fight for them to be U.S. citizens,” Jenner said.

Jenner was also asked about the deportation of illegal aliens.

“The bad ones have to leave,” Jenner said, referring to those with criminal records or gang affiliation.

“It’s a lot of bad people that are trying to cross our border illegally,” Jenner said. “I don’t want those people in our country.”

CNN published a preview of the interview that said, in part:

A late March survey by the Public Policy Institute of California showed that 85 percent of Californians say there should be a path to citizenship for undocumented immigrants as long as they meet certain requirements, including 68 percent of the state’s Republicans.

“In the likely recall election, which has yet to be officially called or scheduled, all of the state’s voters will be asked two questions. The first will be whether they want to recall Newsom (yes or no); the second will be who they would like to replace him with, followed by a long list of candidates including Jenner,” the interview continued.