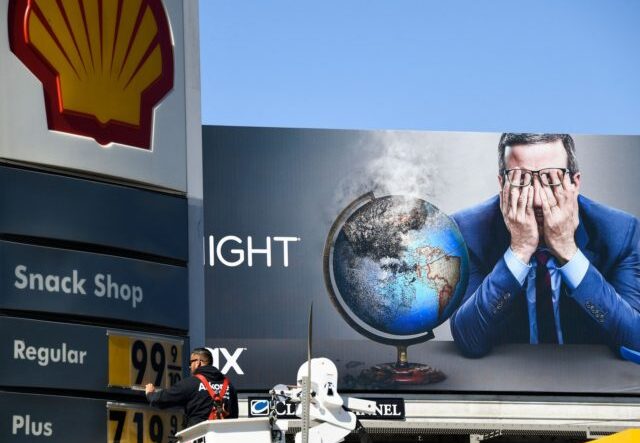 California is reporting some of the highest gas prices in the nation, nearing $6.00 a gallon on Tuesday, according to AAA’s data.

As of Tuesday, the national gas price average stood at $4.242, slightly lower than the record high, which the U.S. broke in a series of consecutive days earlier this month. On March 11, for example, the national gas average reached $4.331, rising 49 cents over one week, beating records made during former President Obama’s presidency.https://ef647c700f730c8a870cc327f7628d71.safeframe.googlesyndication.com/safeframe/1-0-38/html/container.html

As of Tuesday, a handful of states were reporting an average of over $5.00 per gallon of gas. That includes Hawaii ($5.092) and Nevada ($5.136). But the single state reporting the highest average gas prices in the country continues to be California, clocking in with a $5.866 average.

As Breitbart News reported, diesel prices in Los Angeles are nearing $7.00 per gallon.

Mono County is continuing to report the highest gas price average in the state at $6.584. Last week, Mono’s average stood at $6.537.

A sign shows gasoline fuel prices above six and seven dollars a gallon at the Shell gas station at Fairfax and Olympic Blvd in Los Angeles, California, on March 8, 2022. (PATRICK T. FALLON/AFP via Getty Images)

Meanwhile, Kansas and Missouri are continuing to report the lowest gas price averages in the country — $3.763 and $3.765, respectively.