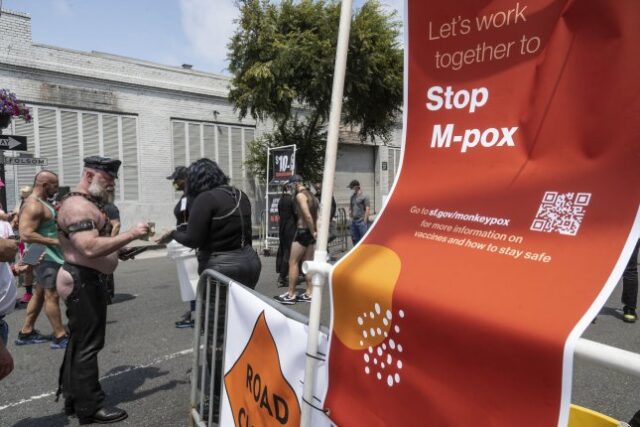 Aug. 1 (UPI) — The Centers for Disease Control and Prevention is designating monkeypox — an infectious viral disease that’s been showing up around the world recently — as a nationally notifiable condition on Monday.

The designation means that states are now required to report all confirmed and suspected monkeypox cases to the agency within 24 hours of discovery. States must also share surveillance data such as case numbers.

Prior its designation Monday as a nationally notifiable condition, states were not required to provide the CDC with data on positive cases, suspected cases or the number of people who have been treated

“We will weigh any decision on declaring a public health emergency based on the responses we’re seeing throughout the country,” Health and Human Services Secretary Xavier Becerra said last week according to CNN. “Bottom line is, we need to stay ahead of it and be able to end this outbreak.”
Experts say it can take as many as three weeks after exposure to see symptoms of monkeypox. Photo courtesy World Health Organization

The Massachusetts case was recorded on May 18 in a man who’d recently traveled to Canada. Since then, most cases have been reported in New York, California, Illinois, Florida and Texas, according to CDC data.

Monkeypox infection generally includes flu-like symptoms and swollen lymph nodes followed by a blister- or pimple-like rash appearing on the skin. It commonly spreads through direct contact with an infectious rash, scabs or bodily fluid or touching items that have previously touched a rash or fluid. It can take as many as three weeks after exposure to begin seeing symptoms.

Experts say monkeypox can also spread through respiratory secretions during prolonged face-to-face contact or during intimate physical contact such as kissing, cuddling or sex.

The current outbreak has largely involved gay and bisexual men, many of whom recently reported having multiple or anonymous sex partners.

On July 23, the World Health Organization declared monkeypox a global health emergency, indicating that the agency believes the rising number of cases warrant a coordinated international response to prevent the outbreak from developing into a pandemic like COVID-19.

President Joe Biden’s administration has authorized and released hundreds of thousands of doses of the monkeypox vaccine to be given to the most vulnerable Americans.