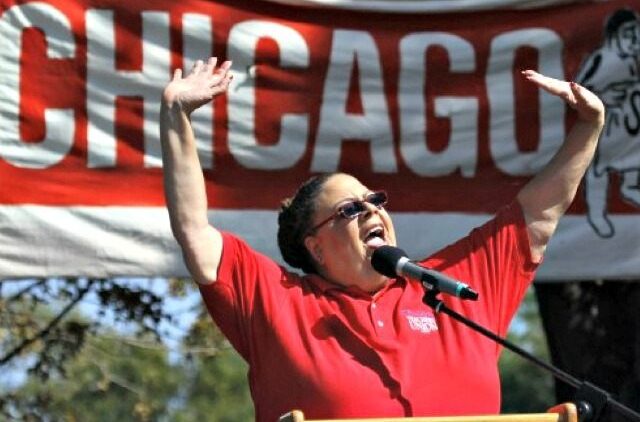 Local 1 of the Chicago Teachers Union (CTU) deleted its tweet on Sunday that stated, “The push to reopen schools is rooted in sexism, racism and misogyny.”

Director of School Choice at the Reason Foundation Corey DeAngelis noted Monday CTU “filed a request for an injunction to stop in-person instruction that is supposed to start January 11th”–  the day after it deleted its tweet condemning the reopening of schools:

DeAngelis further observed the “reopening” scheduled for January 11 in Chicago is “only for ‘students in pre-K and cluster programs.’”

Elementary and middle school students are scheduled to return to in-person instruction in February.

He continued that, while CTU quoted Dr. Anthony Fauci in its request for an injunction, it omitted Fauci’s quote in which he stated, “The default position should be to try as best as possible within reason to keep the children in school […] the spread among children & from children is not really big at all.”

DeAngelis suggested that, if schools do not reopen, parents should be permitted to take their taxpayer funds allotted to educate their children in public schools and spend them at a school that is open.

“If a grocery store doesn’t reopen families can take their money elsewhere,” he reasoned. “We should fund students instead of institutions.”

On Wednesday, Dr. Robert Redfield, director of the Centers for Disease Control and Prevention (CDC) also repeated his call for schools to open for in-person learning, stating that schools are not a major cause of coronavirus contagion.

“[W]e now have substantial data that shows that schools’ face-to-face learning can be conducted in K-12, and particularly in the elementary and middle schools in a safe and responsible way,” Redfield said.

The CDC director explained infections that do occur among teachers and students are largely due to the spread of the virus within communities or in homes.

I just think it’s healthy for these kids to be in school. That said, they got to do it safely and they’ve got to do it responsibly. And when this was started over the summer, no one really knew for certain. They thought that these public health measures would work.

“But now the data clearly shows us that you can operate these schools in face-to-face learning in a safe and responsible way,” the CDC director said.