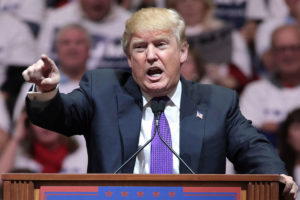 China’s Communist Party has already tried propaganda and racism to deflect blame. Now it’s acting outraged against another nation calling for an international investigation. What’s next… A tantrum?

She continued: “My trust in China is predicated in the long-term. My concern is around transparency and ensuring that we are able to engage openly.”

Considering how the pandemic has impacted the world, it is right to ask questions and to expect independent international investigations to find the answers. There are too many whistleblowers, too much propaganda, and data-based reports to just trust China’s Communist Party, especially after their lies regarding the SARS outbreak in 2003.

CHECK OUT: Time to get out of Communist China and Japan is leading the way.

Monday, April 21, In Beijing, Geng Shuang, a spokesman for the Foreign Ministry said the comments made by Australia’s Foreign Minister had no factual basis and that questioning China’s transparency was unfounded and showed a lack of respect for the sacrifices of its people.

The spokesman concluded that “China expresses deep concern and resolute opposition to this.”

That’s right, China’s government is opposed to an investigation.

A History of Lies

Of course, China’s government is in resolute opposition, they have a history of cover-ups, so whether COVID-19 was an accident or deliberate, an impartial international investigation will likely find something damning.

Even if it’s something as simple as mishandling information. For instance, it’s reported that the Chinese government determined the virus was to become a nationwide pandemic on January 14, then waited six days before warning the world.

If the world had been warned six days earlier, a study reported that COVID-19 would have impacted 66% fewer people globally. Six days is the difference between saving lives and preventing billions in debt.

That’s just one example and it doesn’t even factor in bigger reports of cover-ups, including how China’s actual death toll is closer to 40,000 rather than the 3,000 it’s reporting.

As President Trump continues to stand up against China’s Communist Party, Republicans are taking big steps towards making the investigation and reparations possible.

Missouri GOP senator Josh Hawley, who said he wants China to pay for the deaths and debts the world is having to endure has already pushed a senate resolution calling for the United States and other nations to investigate.

Plus Senator Tom Cotton of Arkansas and Rep. Dan Crenshaw of Texas have introduced legislation that allows Americans to sue China in federal court for deaths and economic damage caused by the COVID-19 pandemic.

Rep. Dan Crenshaw said: “(Americans) need to hold the Chinese government accountable for their malicious lies and coverup that allowed the coronavirus to spread across the world.”

CHECK OUT: Five politicians that define why we need term limits.