CNN Defends Biden’s Faith, Gets Called Out Over Abortion Stance 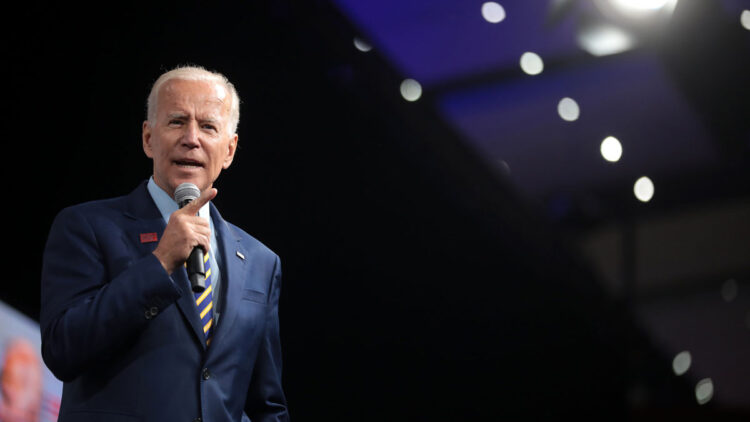 CNN defends Biden’s faith. And it shouldn’t come as a surprise, they support and defend him in equal measure. Yet, the mainstream media used to hide their bias. Now, they don’t care.

So while most Americans believe coronavirus is the nation’s biggest threat, surely a biased media should top that list? You see, without bias, we get facts. With bias, we get propaganda.

A Reaction To President Trump

Obviously, this triggered the left and they came to Joe Biden’s rescue.

First on the scene was the first-responders. Throwing stones and trying to rubbish what the President said. As seen below.

Then came the police of social media, the mainstream news outlets.

CHECK OUT: News crew gets accosted by rioters, yet when they return to live-TV, nothing is mentioned. As if the events caught on camera never happened, or didn’t fit their narrative.

This is when CNN defends Biden, writing: “Joe Biden’s campaign counters President Trump’s baseless attack that Biden, who is a practicing Roman Catholic, would somehow “hurt God,” saying in response that “Biden’s faith is at the core of who he is”

Biden was quoted in CNN’s article as saying: “For President Trump to attack my faith is shameful. It’s beneath the office he holds and it’s beneath the dignity the American people so rightly expect and deserve from their leaders.”

The irony, CNN even wrote about Joe Biden being denied communion in 2019. So it isn’t even a case of fact-checking, it’s more about fact-ignoring.

Which wouldn’t happen if media was unbiased.

CHECK OUT: MSNBC caught out in their face mask hypocrisy by a passerby who even calls them out on it.

Dana Loesch continued: “I mean, taxpayer-funded infanticide is exactly what comes to mind when I think of a person of deep faith.”

She added even more to consider: “The devout man of faith who would rescind the exemption for Little Sisters of the Poor and force US taxpayers to fund international abortion advocacy.”

And for those at the back who might still believe CNN and Co., she concluded: “The man of “deep faith” who apparently believed some people were somehow more redeemable in the sight of God because of their race, thus vociferously championed segregation, and even today questions the authenticity of someone’s ethnicity if they don’t vote for him.”

It didn’t end there.

CHECK OUT: Joe Biden was under investigation for sexual assault and the mainstream media didn’t even hide their hypocrisy about not covering it.

After which, social media erupted in a religious debate.

Yet as CNN defends Biden, our reaction is only that they’ll do anything to protect their candidate.

How, for a major news company, is it legal to have such bias?