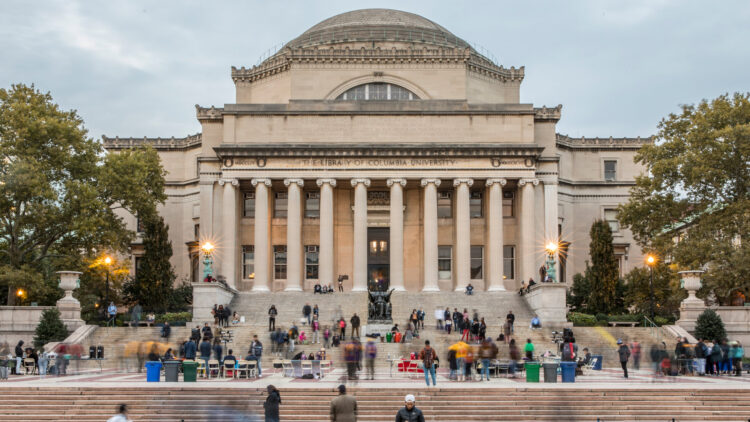 Columbia University is set to offer six different graduation ceremonies segregated by race, sexuality, and income level in a move curiously touted by the Ivy League school as “multicultural” — a term usually describing the mixture of many cultural or ethnic groups within a given community. POLL: What scares you the most? about:blank

Details about the virtual ceremonies were shared in an announcement on the prestigious New York university’s website. The ceremonies, which will be hosted in addition to a main university-wide ceremony, are available to seniors in Columbia College, Columbia Engineering, General Studies, and Barnard College, the university’s all-women sister college.

“Complementing our school- and University-wide ceremonies, these events provide a more intimate setting for students and guests to gather, incorporate meaningful cultural traditions and celebrate the specific contributions and achievements of their communities,” the announcement reads.

The announcement then lists the schedule and description for the graduation events. Included on the list are separate ceremonies for “Native,” “LGBTQIA+,” “Latinx,” and “First-generation and/or low income” students, in addition to ceremonies for Asian and black students:about:blank

Graduating students have until Sunday to sign up in order to secure their “multicultural graduation gift (e.g. stole, tassel, pin or other gift)” and until Wednesday, March 31, in order to be “listed on the website and at the ceremonies.”

Though it is unclear when precisely the ceremonies were first announced, the news was reportedly first brought to light earlier this month by Mercy Muroki, a senior researcher at the Centre for Social Justice and graduate student at the University of Oxford studying social policy.

In a tweet, Muroki said, “Racially and sexually segregated graduation ceremonies. One of the ‘best’ universities in the world. 2021. If you want to know what going backwards looks like, this is it.”

Hosting segregated graduation ceremonies is not necessarily a new idea. In 2017, Harvard University graduate students successfully made a push for a separate graduation ceremony for black students. By 2019, the idea had become mainstream, as more than 75 colleges reportedly hosted black-only ceremonies.

However, by offering six separate diversified gatherings all at one school, Columbia certainly is breaking ground.