Cory Booker: Obama ‘Made Some Mistakes’ but I’d Let Him Run for a Third Term 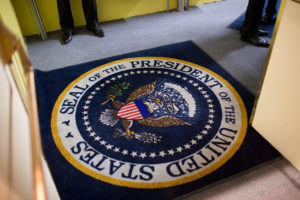 Appearing Thursday on CNN’s New Day, Sen. Cory Booker (D-NJ) conceded Barack Obama “made mistakes” as president but would still welcome him to run for a third term.

A partial transcript is as follows:

CNN HOST JOHN BERMAN: There was a lot of focus of things that took place in the eight years when [former President Obama] was in office, and he was not necessarily painted in a flattering way [during Wednesday’s Democrat debate]. One of the things you hear this morning is if Barack Obama was too far right or not connected to today’s Democratic Party; what does it say about today’s Democratic Party? I’m just telling you what we’re hearing.

SEN. CORY BOOKER: Well, first of all, I miss Obama. And I miss her husband, too. Look, he [Obama] is our statesman… He ain’t perfect. Nobody’s ever pulled that off. Nobody has ever pulled that off. And I’m sure if Barack Obama was sitting here — and I hope he’s sleeping this morning — he would tell you, “I’ve made some mistakes…” Donald Trump is a guy that my Republican colleagues can’t even criticize when he’s preaching racism… We are having an honest conversation about an administration that was incredible. I would take him back. Heck, if [Obama] was running for president for a third term, I wouldn’t be running.

The reality is we have a situation right now where the president is doing things to this country that are perverting our very values and ideals, and talking about what our plans would be, different from the previous president; different from the current president, is not a bad thing.