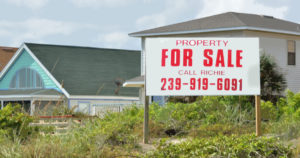 Homeowners take note, where you live will determine the impact of COVID-19 on your local housing market.

The COVID-19 pandemic has flipped an off switch across the United States economy and the nation’s fundamentals are in fight-or-flight mode. From combative oil prices to restaurant closures, industries and businesses are battling to survive.

The truth is that, when a nations fundamentals change, everything changes.

One sector that’ll be impacted in the future is the housing market. Right now, because of the lockdown, it hasn’t been caught by the pandemic flipped economy, but it will be. And sadly, for many American’s, it could cause catastrophic changes to the value of their homes.

The start of the impact

In early March, the housing market’s median list prices were up 4.4% over last year. By the middle of April, the median increase over last year was less than 1%. It’s an increase, but the lowest for several years.

In 2007, the economy was crushed because of the greed of banks and the subprime mortgage crisis. Between 2007 and 2010, the abundance of properties meant it was a buyers market and house prices were often 50% their original value.

The 2007 crisis is relevant because it shows what happens when people need to sell.

We’re currently in the moment before the storm. We don’t know how the pandemic’s economic flip will impact people fully still, and the housing market is hunkering down as if waiting for that storm.

At the mid-point of April, there were 47% fewer listings than in March. Clearly people aren’t selling, and because of economic uncertainty, people aren’t buying. This is a positive for most homeowners.

Mark Zandi, chief economist at Moody’s Analytics said: “With affordable housing in extraordinarily short supply, the house price declines will be limited, and given the tight mortgage underwriting and plain vanilla fixed-rate mortgage loans originated since the crisis, so too will the foreclosures.”

If the market remains balanced, with limited supply and demand, and the years of plain fixed-rate mortgages, the value of the property will remain steady. Unfortunately, this pandemic is hurting people financially as well as physically. So balance is unlikely to remain across every state.

The issue is that the economy works like dominoes and because a home is often the last thing someone will sell to stay afloat, there’s a chance that as people’s lives become more stretched financially, bigger decisions have to be made.

This response could be people trying to get away from COVID-19 hotspots, selling up to get away from high monthly mortgage costs because they’ve lost jobs, or homeowners pre-empting market changes because of the pandemic.

As all real estate is based on local supply and demand, areas that are reliant on tourism will be hit hardest. In a report by UBS areas likely to be impacted include Las Vegas, Miami, Orlando, and other parts of Florida. This is why it’s vital these states re-open as fully, and as quickly as possible. If they don’t it could tip the balance between supply-and-demand which will drag the housing market down creating more problems.

Other areas that are expected to be impacted include San Francisco, Los Angeles, San Diego, and Seattle. This is because property values were at their maximum when the crisis hit. If people need to sell, they’ll need to undercut the market and that will drive values down.

Finally, New York City, which was already suffering a slump in home values is expected to be hit hardest because it’s the hardest hit by COVID-19.

Whoever you are and wherever you are, we pray that you have the resolve spiritually and financially to get through these trying times.