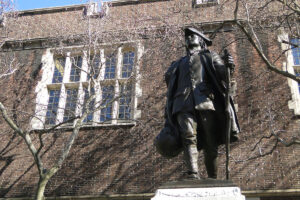 The University of Pennsylvania has updated its COVID-19 model numbers based on a variety of scenarios. These range from remaining in full lockdown to reopening immediately with no social distancing.

Like with all models, the numbers are predictive and since the pandemic began, models have constantly been wrong, amended, then wrong again.

The updated model includes both death rates and impact on the economy. First up are the death toll projections:

In comparison, the Washington Institute for Health Metrics and Evaluation has a model that forecasts 144,000 deaths by August 4. There is also a model from the Influenza Forecasting Center of Excellence, which has projected deaths will surpass 113,000 by the middle of June.

At the time of writing, the nation has currently suffered over 93,000 tragic deaths.

The reason the University of Pennsylvania model is of interest is that it also considers the impact of reopening the country on the American economy.

This is how each scenario will impact the GDP and job market:

At the time of writing, the nation has 36-million Americans unemployed, so even if the country reopened fully and ignored social distancing, employment wouldn’t return to pre-pandemic numbers for a long time. It is that forecast which is the most worrisome so far.

It’s a difficult decision the government has to make, life or economy? For many, both are intricately connected.

CHECK OUT: A fined business owner who reopened despite stay-at-home order believes the government used bullying tactics to scare her into shutting her business.