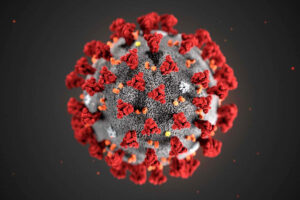 WHAT’S HAPPENED: In a recent report, a new COVID-19 mutation has been found and it’s already become dominant around the world. What this means is that any lab making a vaccine based on older strains will need to restart.

TIMELINE: The report was carried out by scientists at the Los Alamos National Laboratory and they identified the new strain late April. The report states that the COVID-19 mutation first appeared in Europe, February. Where it migrated to the East Coast of the United States and became the dominant strain worldwide.

Ever since the lockdown has started to recede, news of mutations and death rates have spiked. So the question has to be asked whether this data is valid?

TRUTH: At this point, it isn’t peer-reviewed by other scientists, which means it’s an unverified report.

However, the website the report was posted on is apparently where scientists share work before verification. During the COVID-19 pandemic, scientists working on vaccines and treatments have been using this site to share information quickly.

CREDENTIALS: The creators of the study (report) work for the Los Alamos National Laboratory and their reason to share early is very valid. In the report they make it clear, fellow scientists need to know about mutations because existing drugs in development for COVID-19 are based on earlier strains.

Reportedly, the COVID-19 mutation is much worse than what came out of Wuhan originally.

CHECK OUT: Pelosi and gang stand in the way of a real Chinese COVID-19 investigation.

The Los Alamos team, who have been assisted by scientists at Duke University and the University of Sheffield in England have identified 14 mutations of Spike. The Spike determines the effectiveness of COVID-19’s ability to enter human respiratory cells.

The report highlights the urgency: “The mutation Spike D614G is of urgent concern; it began spreading in Europe in early February, and when introduced to new regions it rapidly becomes the dominant form.”

Computational biologist and study leader at Los Alamos, Bette Korber wrote: “The story is worrying, as we see a mutated form of the virus very rapidly emerging, and over the month of March becoming the dominant pandemic form.”

Korber continued: “Please don’t only be disheartened by it. Our team was able to document this mutation and its impact on transmission only because of a massive global effort of clinical people and experimental groups, who make new sequences of the virus in their local communities available as quickly as they possibly can.”

The report and scientific depth make the report look legitimate. So it is hard not to be disheartened by the news, especially as COVID-19 vaccines are already entering the human testing phase.

CHECK OUT: U.S taxpayers have funded the Wuhan Lab where COVID-19 allegedly leaked from.