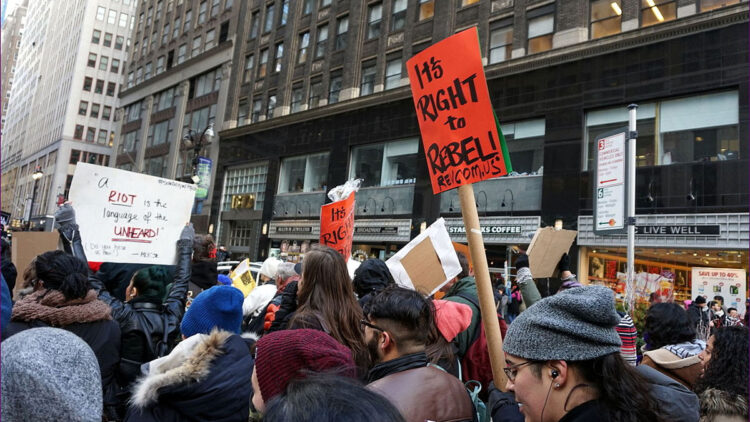 A research team consisting of five health economic experts came to the conclusion that Black Lives Matter protests slowed the spread of COVID-19.

Their findings lead to the conclusion that the bigger and more violent the protest, the more people stayed away. Meaning COVID-19 spread less.

Andrew Friedson, a Denver Professor of Health Economics involved in the study said: “The overall effect for an entire city is more social distancing because people are avoiding the protests.”

Talk about putting a positive spin on the carnage.

Perhaps this is the study Democrats have been using as their playbook? It would answer a lot of questions as to why certain elected officials have let much of the violence go unpunished, and even supported.

CHECK OUT: The NFL will play a rendition of the Black National Anthem before “The Star-Spangled Banner” at each Week 1 game. That’s right, the NFL is fighting racism with segregation.

So, protesters didn’t social distance, but the people staying away offset how much COVID-19 was spread citywide.

Ignoring the fact this study spins fear of violence as a positive, surely it also proves that groups of people can be together while others who are at risk can continue to social distance safely?

According to Friedson, the answer is no.

Therefore, even the expert says it was the fear of violence that slowed the spread of COVID-19, rather than the protest itself.

It’s a massive difference, especially when the mainstream media will take the headlines and ignore the facts.

The study states that: “While the exact mechanisms for these findings cannot be conclusively known with the data available, the results are consistent with avoidance behavior on the part of the non-attending population. This is consistent with the literature on crime, violence, and perceived safety amongst the general population, who in the presence of crime or violence choose to remain home more often.”

The violence at alleged peaceful protests slowed the spread of COVID-19. Yet, don’t let that fact stop this study being used as officials explain why protests can happen, but businesses have to stay locked down.

CHECK OUT: Watch another “peaceful protester”, with their identity hidden in an outfit AOC would be proud of, sneaked up to a driver who had stopped because of a human roadblock and opened fire.