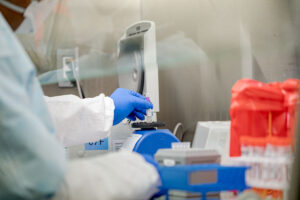 The earlier predictions for COVID-19 reported that the fatality rate would be between 2-percent and 4-percent.

March 4: Dr. Anthony Fauci, the infections disease expert who is part of the White House Coronavirus Task Force said: “If you look at the cases that have come to the attention of the medical authorities in China, and you just do the math, the math is about 2 percent.”

Early April: The Centers of Disease Control and Prevention (CDC) stated that the crude fatality rate was 4-percent.

Late May: The CDC reveal COVID-19’s true infection fatality rate (IFR). The report reads that in the United States the IFR is 0.26-percent. The infection mortality rate of seasonal influenza is below 0.1%.

This is between eight and fifteen times less than the original estimates, not including the wild earlier predictions that forced the nation into lockdown.

The big difference between IFR and Crude fatality numbers is that the IFR focuses on every COVID-19 infection, including mild and lesser symptoms, even asymptomatic cases. The IFR number is often lower because it factors in everyone.

Daniel Horowitz, a senior editor at Conservative Review noted: “For the first time, the CDC has attempted to offer a real estimate of the overall death rate for COVID-19, and under its most likely scenario, the number is 0.26%. Officials estimate a 0.4% fatality rate among those who are symptomatic and project a 35% rate of asymptomatic cases among those infected, which drops the overall infection fatality rate (IFR) to just 0.26%.”

No one is denying that the virus is serious for those with underlying conditions and the elderly, but a 0.26-percent chance of fatality is closer to influenza’s 0.1-percent than the original estimates.

Horowitz concluded: “Ultimately, we might find out that the IFR is even lower because numerous studies and hard counts of confined populations have shown a much higher percentage of asymptomatic cases. Simply adjusting for a 50% asymptomatic rate would drop their fatality rate to 0.2% – exactly the rate of fatality Dr. John Ionnidis of Stanford University projected.”

If the Stanford University projection of 0.2% was used by medical experts, rather than the terrifying estimation that predicted up to 2-million people would die in the United States, surely the White House Coronavirus Task Force would not have recommended a nationwide lockdown.

CHECK OUT: Watch MSNBC get caught out by a member of public, leaving the reporter with no option but confess live on air.