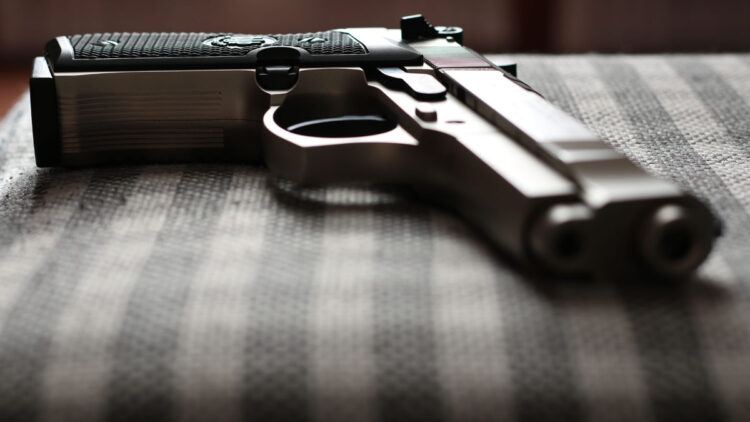 The Washington Post published a report focused on two studies that explored why the United States was suffering from extreme crime spikes in 2020.

The report begins: “Americans purchased millions more guns than usual this spring, spurred in large part by racial animosity stoked by widespread protests over the killing of George Floyd in Minneapolis, as well as anxiety over the effects of the COVID-19 pandemic.”

The studies focused on the number of guns sold between March and June 2020. Identifying that half of the guns sold during that time came after George Floyd’s death. The studies then compared gun sale locations that had diverse ethnic populations and found correlations with increased gun crime.

The Washington Post report concluded: “The research suggests that at least some of the spike in gun purchases is driven by racist beliefs and attitudes among white Americans.”

So, if gun sales caused the crime spike… Racist beliefs and white Americans must be to blame.

In the report, they ignore the fact that gun sales spiked as fear increased over violent protests. Protests which have routinely led to looting, arson, city block hijacks, and worst.

They also ignore the fact citizens have watched Democrat Governor’s and Mayor’s force police to back down to anarchists. Supporting mass-vandalism while punishing businesses and churches over COVID-19 executive orders.

Citizens have watched all of this, while the mainstream media spin their narrative.

Everyone can see that criminals have been given a pass.

The only line we can really agree with from The Washington Post is: “Together, they (studies) paint a portrait of a society arming itself against social upheaval during a time of institutional failure.”

Society is arming itself against states and cities that have chosen to protect anarchists and criminals over innocent citizens. That much is undeniably true.

CHECK OUT: Watch an Antifa punk get slammed to the ground after messing with the wrong person.

It’s a predictable conclusion from The Washington Post. Blame racism and COVID-19. Yet, what do the studies actually say?

Researchers Phillip Levine and Robin McKnight, who wrote one of the two studies stated: “The risks of increased firearm availability are likely compounded by the myriad effects of the coronavirus pandemic, including widespread increases in anxiety, fear, grief, economic strain, disruptions to daily routines, and racial and economic inequities.”

Are we meant to believe that, law-abiding citizens have gone through background checks to get guns and then, because of the pandemic and inequities, gone out and engaged in violent crime?

That doesn’t make sense considering everything that’s happening in the United States.

CHECK OUT: NBC News called out online for a misleading story after a justifiable police shooting.

The Studies Don’t Prove Why

Here’s the catch. Hidden in the report and study, the authors state that they cannot prove the cause of the crime spike.

Yet, the studies and Washington Post somehow manage to point fingers at everything but the violent protests and officials letting anarchists and criminals run the streets.

Plus, we’ve not even considered the demoralized police force being crushed with blame on a daily basis. Surely that’s contributing to increased crime? Yet, it’s not in the report or study.

We don’t doubt the data in each study. Gun sales went up and crime spiked. However, the reasoning is more mainstream media narrative.

The two studies come from the Brookings Institution and the University of California.

CHECK OUT: 18 Out of the 20 Most Dangerous Cities in the United States are run by Democrats.