Daily Rant: President hits the WHO where it hurts and leaves Gov. Cuomo in reverse 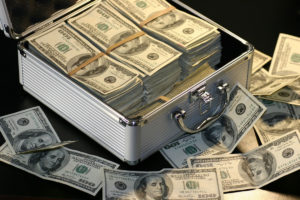 Today on The Daily Rant, we talk about Gov. Sisolak putting his feud with the President before the economic well-being of Nevada. Plus, we discuss the government’s decision to stop the World Health Organization’s funding while the GOP investigates the origins of the COVID-19 pandemic. For that and more, listen to the show now.

Other headlines from the show:

The President caused more outrage amongst leftists and the mainstream media as he bluntly accused the World Health Organization (WHO) of mismanaging and covering-up COVID-19. Considering the WHO declared COVID-19 as an international threat on January 30, at least a month after the outbreak reportedly started, the President has a point.

The President, who threatened to freeze funding a week ago because the WHO “missed the call” on the virus, has amped up his outrage since. The United States, which funds the World Health Organization to the value of between $400 million and $500 million yearly, has also called the organization “very China-centric.”

Considering Beijing is concerned by the President’s actions, we should all consider his stance the right one. Especially as the GOP is investigating the WHO, China, and all who might be involved in any COVID-19 pandemic.

Whoever’s at fault, should face the highest degree of consequences.

Several governors, including Andrew Cuomo, pushed back against President Trump’s desire and determination to get states re-open as soon as possible. New York’s Governor said the President would have a “problem if he ordered” New York to open.

The President then tweeted about Mutiny On The Bounty…

After which Gov. Cuomo backpedaled, offering total compliance with the federal government. He said: “I put my hand out in total cooperation with the president. If he wants a fight, he’s not going to get it from me. Period.”

That’s a rapid change of mind by the Governor. Clearly, the President does have total power, that or Cuomo is a big Mutiny On The Bounty fan too.

Nevada is not on the list of 20 states that could potentially open back up soon and Gov. Sisolak has made it clear that until medical experts give him the thumbs-up, Nevada will remain in lockdown.

It’s understandable that the state needs to make sure it is safe to re-open. The last thing anyone wants is for the death rate to climb higher, more rapidly. Yet the citizens of Nevada need a way out and waiting on just medical experts, rather than a mix of economic and medical experts will leave this state in lockdown until bankruptcy.

What happens if the medical experts want a vaccine before opening up Nevada? That could take several months. Perhaps, politicians should have assets frozen until this lockdown is over, it would make circumstances more equal between the haves, and have nots.