Daily Rant: President Trump is back, looking resilient & more focused than ever 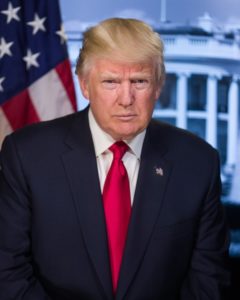 Today on The Daily Rant with Steve Sanchez, I talk about the visible change in President Trump over the last 72 hours, as if he’s uncovered something. Find out what and more on the show.

Other headlines on the show today.

Vegas was better in Mafia days

Vegas was better in the Mafia days. This is nothing to do with organized crime, but its entrepreneurial spirit. Casinos, the life-blood of Vegas were run by individuals rather than corporate America.

So while the Nevada Governor Steve Sisolak runs the state into the ground as he holds out for government money, we look back to when Vegas had class. A time when people had to dress up, everywhere had an ambiance, and the Rat Pack headlined.

In that era, Casino’s knew how to treat staff and customers. The only business person keeping that entrepreneurship spirit alive in Vegas now is Sheldon Adelson.

While other business owners furlough staff without pay, Las Vegas Sands hotel owner Adelson is paying full wages to his nearly 10,000 workforce. Plus, he’s looking at ways to pay them their missing tips too.

The billionaire said: “I recall one of the most important lessons I learned from my father. He would come home from work — when he could find work, that is — and put loose change in the family pushke (charity box). When I asked why he would give to others when we had so little, he would say, ‘There is always someone whose need is greater than ours.'”

A model released previously showed the United States could have between 100,000 and 240,000 deaths because of the COVID-19 pandemic.

However, thanks to social distancing and God, a new Centers for Disease Control (CDC) model shows that those numbers could be “much, much, much lower.”

Robert Redfield, the Director of the CDC said: “If we just social distance, we will see this virus and this outbreak basically decline, decline, decline. And I think that’s what you’re seeing.”

Beyond just models, New York has seen infection rates plateau over the last few days rather than increase. Even intensive-care admissions, which had reached 300 patients daily has fallen to 89, which is the lowest since March 20.

Governor Andrew Cuomo said: “We are changing the curve in that virus growth” and “social distancing is working.”

Find out who we’re thanking for this positive news on The Daily Rant with Steve Sanchez – listen now.

President Trump has been thanked by Michigan Rep. Karen Whitsett for saving her life. Whitsett heard the President talk about hydroxychloroquine and azithromycin as a possible treatment for COVID-19.

Despite many saying the drugs weren’t proven, Whitsett took the President’s advice and within hours of taking the medicine was improving.

The President, who had been informed of this combination of drugs by celebrity Dr. Oz, has a small connection to the company that owns hydroxychloroquine.

Initially, the mainstream media made a big deal, but it quickly subsided as reports highlighted that the President’s involvement was worth between $100 and $1300.

The initial pushback against President Trump was overblown. Find out why we think this was the case on The Daily Rant with Steve Sanchez – listen now.