Daily Rant: The hate attack on President Trump is out of control 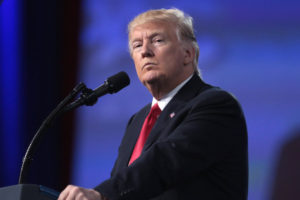 Today on The Daily Rant, I’m asking big questions about the attacks on President Trump, including whether COVID-19 could be used as a political weapon, how China should make reparations and much more.

Where was Dr. Fauci?

Dr. Anthony Fauci, the merchant of doom. Whose bluntness constantly contradicts a President trying to uplift the United States, was again missing from a White House coronavirus event. And again, it stirred up the mainstream media who react as if the President put the nation’s top infectious diseases expert on the naughty step.

The last time this happened, it was reportedly because the expert publicly contradicted the president. President Trump denied it then, and during the event, denied it again as if it was Groundhog Day.

The President said: “Every time he’s not here — sometimes I’ll ask him to come, because that’s the first question you and a few others from the fake news establishment ask is, where is Dr. Fauci? We’re doing great work together. Except we are covering a different subject today.”

Dr. Fauci, who has recently got extra security after death threats said in January that the COVID-19 coronavirus was “not a major threat.”

hat experts know about this virus is always evolving but perhaps its time to put Dr. Fauci and Co. to one-side permanently. Find out why on The Daily Rant with Steve Sanchez – listen now.

Filmmaker and actor Rob Reiner (The Wolf of Wall Street, Stand By Me) manages to amp up irony to 12 in a tweet where he says the President has more than blood on his hands, he is bathed in it.

Why can’t people with a platform be positive? It’s so much more effective. For example, John Krasinski (The Office, The Quiet Place) made a low-budget news show that puts everyday people working together and doing amazing things on a pedestal. It’s inspirational.

Instead, Rob Reiner chooses to cough a brain-fart into the air for other like-minded individuals living in a bubble to breathe in. The tweet ignores why and how. Leaving us with no ability to give it any serious consideration. Yet many on Twitter lapped it up, but some, who can see fact from fiction hit back.

In all honesty, everyone should have expected Rob Reiner to say something. In the past, he’s got his Hollywood pals to share the Mueller Report and called out Robert De Niro for his “F*** Trump” rant. Reiner said: “You’re helping Trump by saying ‘F— Trump’ because he can say, ‘Look at these people, these elitists.”

Which poses the question. Does Mr. Reiner understand irony? How is tweeting: “Blood is not only on Trump’s hands, he is bathed in it” any better than Mr. De Niro’s rant?

Las Vegas Raiders donates $1-million, it should have been $10-million

The Las Vegas Raiders has donated $1-millioin to help Las Vegas battle the COVID-19 coronavirus. Every little helps when it comes to donations, but shouldn’t a sports team worth $3-billion, with an owner worth $500-million be donating a little more?

This isn’t arrogance, other people in fortunate positions have donated massively more in comparison. For instance, Oprah Winfrey has donated $10-million.

It doesn’t matter if you don’t like Oprah Winfrey or her political agenda, $10-million will make a difference and it’s fantastic that the media mogul is putting American’s first.

The list of donations is endless and one thing is certain, some major sports teams in the United States could be giving more to their communities and fans.

In this world of biased media, let The Daily Rant with Steve Sanchez, the conservative, Christian, and controversial broadcaster guide you through this Coronavirus COVID-19 lockdown. Every day, Steve deliver the biggest news, discussed with listeners, so that you get facts without the political agenda. Make TheSteveSanchezShow.com your No. 1 source for news and opinion.