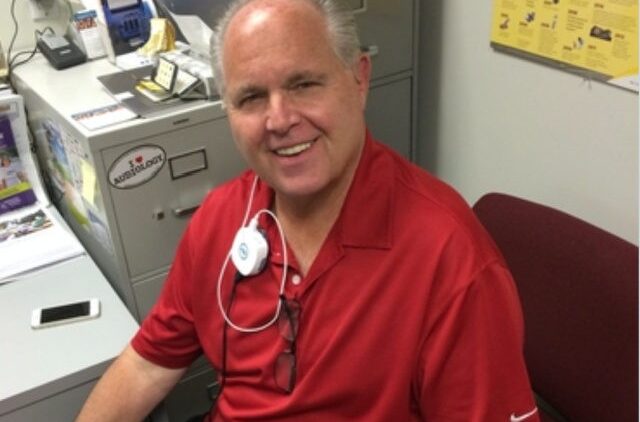 Rep. Debbie Wasserman Schultz (D-FL) is calling on Florida mayors not to lower their flags in honor of the late talk radio pioneer Rush Limbaugh, a move which would be in defiance of an order by Florida Gov. Ron DeSantis (R).

“Rush Limbaugh spent his career normalizing and popularizing hatred and bigotry against people of color, immigrants, women, and the LGBTQ+ community. He built a brand around disgusting insults, bolstering rape culture, spewing lies about the AIDS crisis, and nonstop bullying,” Wasserman Schultz wrote in a letter to local mayors.

The targets of his attacks often received death threats from his sycophantic fan base. To the end, he stoked the environment that led to an insurrectionist attack on our Capitol, and dismissed calls to end such violence. American political discourse is in a dangerous state. Our country is the most divided it has been since the Civil War. As we work to heal the nation, we cannot elevate a person credited for fostering our divisions and emboldening the worst tendencies of human nature.

On Friday, DeSantis said Florida will fly its flags at half-staff when Limbaugh’s body is laid to rest.

“There’s not much that needs to be said, the guy was an absolute legend,” the governor stated. “He was a friend of mine and just a great person.”

Funeral plans for Limbaugh have not been made public as of Tuesday.

Limbaugh passed away Wednesday morning at the age of 70 following a battle with advanced lung cancer, his wife Kathryn Limbaugh announced at the beginning of that day’s radio show.

Limbaugh, host of The Rush Limbaugh Show for 32 years, had been battling Stage 4 lung cancer since January 2020. Just days after announcing his diagnosis, he was awarded the Presidential Medal of Freedom by President Donald Trump during the State of the Union on February 4, 2020.

Wasserman Schultz isn’t the only Florida Democrat against honoring Limbaugh.

Florida Agriculture Commissioner Nikki Fried (D) announced Monday that she will request state offices under her direction to ignore DeSantis’s order to lower flags to honor the radio talk host.

“Lowering to half-staff the flag of the United States of America is a sacred honor that pays respect to fallen heroes and patriots. It is not a partisan political tool,” Fried said in a statement obtained by WFLA. “Therefore, I will notify all state offices under my direction to disregard the Governor’s forthcoming order to lower flags for Mr. Limbaugh – because we will not celebrate hate speech, bigotry, and division. Lowering the flag should always reflect unity, not division, and raising our standards, not lowering them. Our flags will remain flying high to celebrate the American values of diversity, inclusion, and respect for all.”