DEEP STATE COUP: All Of America Should Have Chills 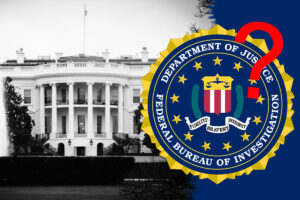 The President has been trying to drain the swamp since his election but new snakes continue to replace the old. It doesn’t matter who is in charge of certain government agencies, the deep state coup continues and the evidence is undeniable.

WHAT HAPPENED: New details have emerged that the deep state and the FBI plotted to overthrow President Trump.

The notes read: “What is our goal?” and “Truth/Admission or to get him to lie, so we can prosecute him or get him fired?”

Talk about snakes in the swamp.

Investigative journalist Gregg Jarrett said on Fox & Friends: “You know, I thought this is the most outrageous, unethical, dishonest, and corrupt act I have ever seen. And, I have been a lawyer for 40 years. I have never seen such misbehavior by government officials.”

He continued: “How in the world do you prosecute a man for lying to the FBI when the FBI agents themselves say he didn’t lie? I mean, that should send a chill down the spine of all Americans.”

It’s unbelievable and yet it happened.

Earlier this year, there were leaks coming from the same old agencies once again trying to destabilize a President, who at the time had a thriving economy to propel his reelection campaign.

The irony is that, the intelligence officials weren’t just after President Trump, but Bernie Sanders too.

February 2020, the New York Post reported that the Washington Post (which requires a subscription to see) said: “Russia is trying to help Bernie Sanders’ campaign.”

Effectively, anyone not backed by the deep state and biased media was allegedly being backed by Russia. It’s insanity, but some believe it, and because it’s the New York Times and the Washington Post, it gets regurgitated as fact.

Simultaneously, President Trump and Sanders were being targeted with the use of leaked intelligence. If it wasn’t for the COVID-19 pandemic, and Sanders pulling out, it would have likely continued and yet, Joe Biden is untouchable despite the sexual assault allegations not just from Tara Reade, but throughout his political career.

CHECK OUT: The mainstream media gets shredded by GOP Governor who didn’t put state into draconian lockdown.

Clearly, the deep state has no issues using classified information for political gain. If the President cleared the swamp with Comey and Co. it means new snakes are back and they’re continuing to corrupt agencies the American people are meant to have trust in.

It even seems that the snakes that President Trump cleared are now front and center on media outlets who are obviously biased against the President. So the message is: help corrupt the government and get a fat TV check out of it for your troubles.

What’s worse is that even when they admit to corruption there is no punishment. In January 2020, new documents revealed former FBI deputy director Andrew McCabe was the one who leaked the source to the Wall Street Journal. When did leaking information become legal?

Being a snake against a democratically elected President has become a career path in Washington, but the only job it should lead to is making license plates in federal prison.

CHECK OUT: Billionaire Blasts Lockdown That Forcibly Imprisons People Against Their Constitutional Rights.