Defense Moves for Mistrial in Kyle Rittenhouse Case; Judge to Prosecutor: ‘I Don’t Believe You!’ 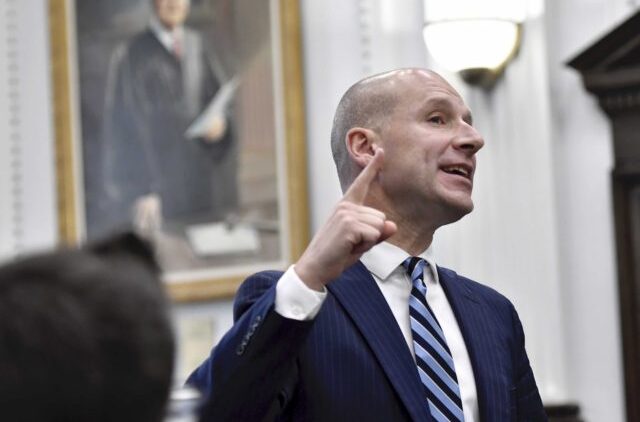 The defense in the murder trial of Kyle Rittenhouse in Kenosha, Wisconsin, moved Wednesday afternoon for a mistrial based on the prosecution’s violations of the defendant’s rights and the judge’s previous rulings about admissible evidence.

Defense attorney Corey Chirafisi asked Judge Bruce Schroeder to declare a mistrial “with prejudice,” which would prevent prosecutors from bringing the charges again. That provision, Chirafisi, was necessary to prevent prosecutors from deliberately ruining their own case to get “another kick at the cat.” He said that prosecutors, led by Assistant District Attorney Thomas Binger, had acted in “bad faith” — a key element of dismissal with prejudice.

The motion came after a lunch break, and after Judge Schroeder had admonished the prosecution that it had committed a “grave constitutional violation” by referring to Rittenhouse’s previous silence, which conflicts with his Fifth Amendment right to remain silent.

Defense attorney: Your Honor — I don’t want the jury to hear — he’s commenting on my client’s right to remain silent.

Prosecutor: No, Your Honor. I am making the point that after hearing everything int he case, now he’s tailoring his story to what has already been introduced.

Judge: The problem is, this is a grave constitutional violation for you to talk about the defendant’s silence, and that is — and you’re right on the borderline, and you may be over it. But it better stop.

Judge: This is — I can’t think of the case, the initial case on it. But this is not permitted.

There was another interruption later, when the judge admonished the prosecution for discussing excluded evidence.

In his defense, Binger said that Rittenhouse, who took the stand in his own defense, commented on some of the excluded material.

Judge Schroeder berated Binger again, saying that he had been trying to find a way around his previous rulings. “When you say that you had been acting on good faith, I don’t believe that,” he said.

The judge reserved judgment on the motion.

Later, when the prosecution argued for the admission of a photograph into evidence showing Rittenhouse wearing a shirt with an expletive on it, the just noted that Rittenhouse is not on trial for “exquisitely bad judgment” or “behaving in a very offensive way,” but for murder.