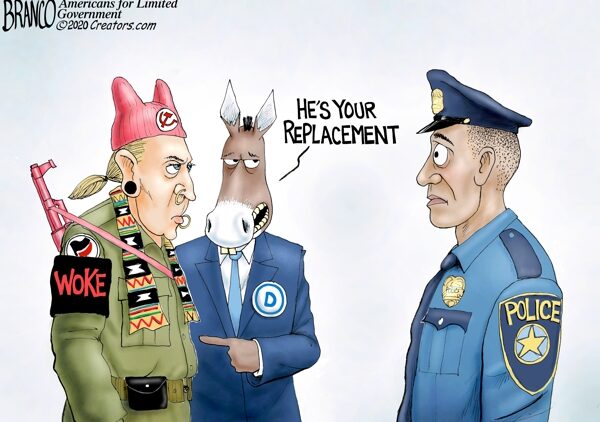 Look into the crystal ball of America’s future after the liberal cries to defund the police become a reality:

Who You Gonna Call If You Defund The Police?

Comically Incorrect describes the above image as: “Democrats are talking about defunding police and replacing them with psychiatrists and social workers.”

CHECK OUT: An armed protester accidentally shoots two fellow protesters while firing at a jeep at an illegal blockade.

Defund The Police/Changing of the Guard

Comically Incorrect describes the above image as: “The left is demanding the police be defunded, restructured, or replaced. Replaced with what?”

CHECK OUT: City offered help but the Mayor turned it down, letting the anarchy worsen.