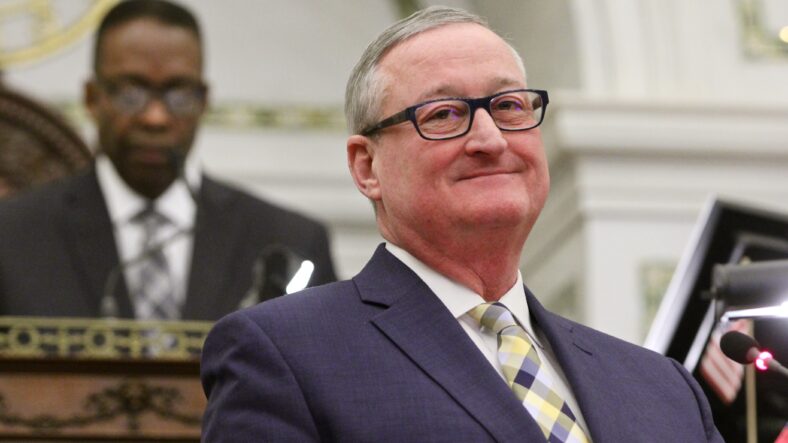 Philadelphia Mayor Jim Kenney (D) admitted Tuesday that he wishes for an America in which only police officers carry firearms.

What did Kenney say?

Speaking after two officers were shot during Fourth of July celebrations, Kenney recounted a recent trip to Canada, admitting that he wants firearm laws in the United States to mirror those up north.

“It was a laid-back, chill day. Weather was beautiful. Concert was beautiful,” Kenney said early Tuesday morning. “But we live in America and we have the Second Amendment and we have the Supreme Court of the United States telling everybody they can carry a gun wherever they want. It’s like Dodge City.”

“I was in Canada two weeks ago; never thought about a gun. The only people I knew who had guns in Canada were police officers,” Kenney explained.

“That’s the way it should be here,” he demanded.

When a reporter challenged Kenney about what he is doing to solve gun violence problems, the Democratic mayor essentially said his hands are tied, suggesting he believes the solution to gun violence is limited to gun control only, and not systemic issues that disproportionally impact cities.Don’t miss out on content from Dave Rubin free of big tech censorship. Listen to The Rubin Report now.

“It’s crazy,” the mayor continued. “We’re the most armed country in world history and we’re one of the least safest (sic).”

Importantly, Philadelphia imposes strict gun control laws on residents and visitors, despite Pennsylvania being generally Second Amendment-friendly. The city also has high occurrences of gun violence, which firearm supporters say is evidence that gun control laws do not work.

Is America one of the most unsafe countries?

The U.S., in fact, is not one of the least safe countries. That unfortunate distinction, according to securities firm International SOS, belongs to most countries in Africa, the Middle East, and most countries in Central America and southeast Asia.