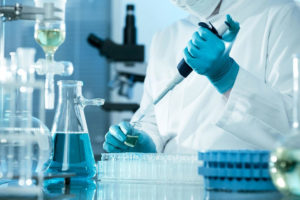 Democrat praises President for his constant pushing for the use of hydroxychloroquine against COVID-19, as she believes it potentially saved her life.

Michigan Rep. Karen Whitsett and her husband first sought treatment from their doctor for a range of symptoms on March 18. Symptoms included shortness of breath, swollen lymph nodes, headaches, restrictive neck movement, and what seemed like a sinus infection. At the time, they didn’t know it was the coronavirus.

On March 31, after seeing President Trump continuously talk up hydroxychloroquine as a possible treatment for COVID-19, they had their doctor prescribe it. Rep. Karen Whitsett said: “It was less than two hours” before she started feeling some relief.

Whitsett, who had used hydroxychloroquine before to cure Lyme disease, admits she would never have asked for the drug if the President hadn’t pushed it. When asked whether she believes President Trump saved her life, the Democratic Rep. said: “Yes, I do,” and “I do thank him for that.”

Rep. Whitsett was taking hydroxychloroquine with antibiotics, and was confirmed as having COVID-19 on April 6.

None virus-killing drugs the answer

President Trump has continuously mentioned hydroxychloroquine and the antibiotic azithromycin during coronavirus briefings.

In one briefing the President told the United States: “What do you have to lose? Take it.” It’s a ballsy move considering the combination of treatments is unproven outside of a French study. The President said: “In France, they had a very good test.” He continued: “But we don’t have time to go and say, ‘Gee, let’s take a couple of years and test it out, and let’s go and test with the test tubes and the laboratories.’”

The French doctors put in their report that during experimentation to find a treatment for COVID-19 they had combined hydroxychloroquine, a drug to treat parasites in malaria and azithromycin, a drug that kills bacteria. Despite neither drug tackling viruses, the report read that after six days of treatment, there was a 100% success rate.

This report made its way to the President via Fox News and celebrity Dr. Mehmet Oz. Since Dr. Oz backed the French report, the doctor who did the report, Dr. Didier Raoult’s credibility has been dragged into question. Specifically because of his beliefs regarding global warming and Darwinian evolution.

When asked whether this treatment should be considered for COVID-19, Dr. Anthony Fauci, the country’s top infectious disease doctor stated on March 24: “The answer is no.”

No longer just a French report

Since then, The Food and Drug Administration released an “Emergency Use Authorization (EUA) to permit the emergency use of hydroxychloroquine sulfate supplied from the Strategic National Stockpile to treat adults and adolescents who weigh 50 kg or more and are hospitalized with COVID-19 for whom a clinical trial is not available, or participation is not feasible.”

Los Angeles based Dr. Anthony Cardillo, CEO of Mend Urgent Care said: “Every patient I’ve prescribed it to has been very, very ill and within 8-12 hours they were basically symptom free and so, clinically I am seeing a resolution that mirrors what we saw in the French study and some of the other studies worldwide.”

Dr. Cardillo also made it clear that hydroxychloroquine on its own wasn’t the answer: “What we’re finding clinically with our patients is that it really only works in conjunction with zinc. So the hydroxychloroquine opens the zinc channel, zinc goes into the cell, it then blocks the replication of the cellular machinery.”

Between saying COVID-19 wasn’t a big threat and denying the French study, what is Dr. Fauci, the country’s top infectious disease doctor doing?