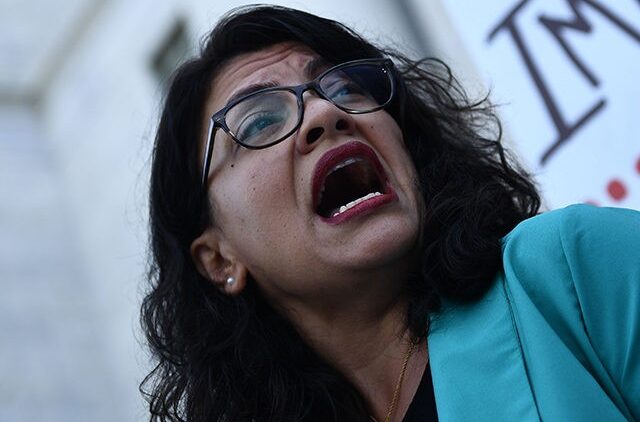 Democrat Rep. Rashida Tlaib (D-MI) reacted to the police-involved shooting death of Daunte Wright, calling for an end to “policing, incarceration, and militarization.’

“It wasn’t an accident,” Tlaib wrote in a tweet regarding the death of Wright that ignited the destruction and looting of several businesses in Brooklyn Center, Minnesota, late Sunday night. “Policing in our country is inherently & intentionally racist.”

“Daunte Wright was met with aggression & violence,” she added. “I am done with those who condone government funded murder.”

Tlaib then went one step further with her frustration and called for an end to “policing” in America, claiming the institutions across America “can’t be reformed.”

“No more policing, incarceration, and militarization,” Tlaib concluded in her tweet. “It can’t be reformed.”

Tlaib also retweeted a tweet to her page that mocked the “accidental” death of Wright, which stated, “You spelled murder wrong again.”

According to reports, Wright was allegedly taking off in his car after an attempt to arrest him when one officer at the scene shot him. He was pronounced dead at the scene.

Following Wright’s death, multiple violent riots and storms of looters took to the streets, resulting in loss and damage to several businesses in the area.