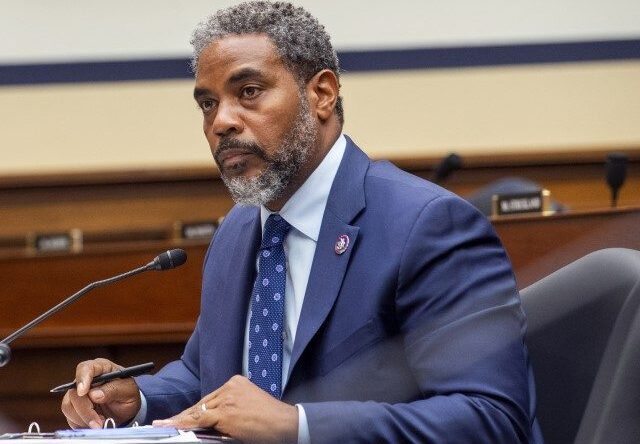 Nevada Democrat Rep. Steven Horsford’s ex-wife took to Twitter on Sunday and accused the two-term congressman of threatening to keep her quiet with a non-disclosure agreement that would prevent her from talking about his “10-year affair.”

“I was just minding my business until Steven and his attorney demanded I sign an NDA that would ban me from speaking about my 22-year marriage, his 10-year affair, and our divorce FOREVER,” Horsford’s ex-wife Sonya Douglass tweeted. “It includes $10,000 fines for each remark or social post. Even to a therapist! Y’all!”

Linder detailed her relationship with Horsford in a podcast series and shared screenshots of their conversations to Twitter.

Horsford, who has three children, described himself as a “devoted family man” on his 2020 campaign’s website.

“It is true that I had a previous relationship outside of my marriage, over the course of several years,” Horsford said in a statement released from his congressional office. “I’m deeply sorry to all of those who have been impacted by this very poor decision, most importantly my wife and family. Out of concern for my family during this challenging time, I ask that our privacy is respected.”

Douglass claimed she did not plan to speak publicly about the affair but noted that she does not “respond well to bullying or intimidating.”

“I had no intention of posting anything and kept quiet the entire campaign. To think I would even want to mention his name is ridiculous,” Douglass tweeted. “Who looks through the trash after you’ve taken it out? But I don’t respond well to bullying or intimidation so here we are.”

Douglass said Horsford is preemptively “blaming” her if he loses his campaign against Republican challenger Sam Peters.

“And he’s already blaming me should he lose his race. Refuses to take responsibility for his own actions. He had hundreds of chances to do the right thing but he chose violence,” Douglass tweeted.

Previously, Douglass spoke out against Horsford’s decision to seek reelection in 2020 amid the reports of his affair with Linder.

“And that he would choose to file for re-election and force us to endure yet another season of living through the sordid details of the #horsfordaffair with #mistressforcongress rather than granting us the time and space to heal as a family,” Douglass tweeted at the time.