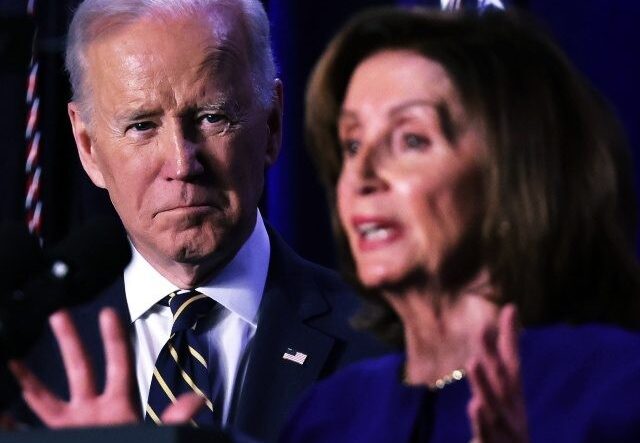 High-ranking Democrats are now publicly admitting that President Joe Biden’s insistence on ending the public health authority known as Title 42 at the United States-Mexico border has created a “big problem” for them ahead of the midterm elections in November.

Weeks ago, the Centers for Disease Control and Prevention (CDC) announced that on May 23 the Biden administration would end Title 42. The authority was first issued by Trump in 2020 and has allowed federal immigration officials to quickly return illegal aliens to their native countries after they cross the southern border.https://f7e7fd904160180d97b1bc4e3f389443.safeframe.googlesyndication.com/safeframe/1-0-38/html/container.html

This week, a federal judge said he would block the Biden administration from ending Title 42 while the issue makes its way through the courts.

Now, House Democrats are worried that Biden’s ending Title 42 will hurt their prospects in the midterm elections, according to PunchBowl News:

We reported in our PM edition last night that Speaker Nancy Pelosi isn’t happy with the Biden administration’s handling of Title 42, the pandemic era policy that limited immigration through the U.S.-Mexico border. [Emphasis added]

As premium subscribers learned, House Democratic leaders worry that if reinstating Title 42 came up for a vote as part of a Ukraine aid package, Democrats wouldn’t have the votes to defeat it. Several top House Democrats vented about the administration’s handling of Title 42 during last night’s closed-door leadership meeting. [Emphasis added]

In recent weeks, a number of red-state and swing-state Democrats — many of whom are facing tough re-election bids — have crafted talking points claiming their opposition to ending Title 42 is tied to the Biden administration’s lack of a plan to deal with waves of illegal immigration.

Biden’s Department of Homeland Security (DHS), though, has shaped plans for when Title 42 ends at the end of May. Breitbart News exclusively reported and published the agency’s “Southwest Border Mass Irregular Migration Contingency Plan.”

The plan details “broadscale release mechanisms” that transform the border into a mere checkpoint for foreign nationals arriving every day.

Rep. Andy Biggs (R-AZ) told Breitbart News that he would expect 30,000 border crossers and illegal aliens every day at the border without Title 42. In Tijuana, Mexico, alone, Breitbart News exclusively reported that up to 6,000 foreign nationals are waiting to rush the border when Title 42 is ended.

The Biden administration’s plan for ending Title 42, which Breitbart News reported and published, details “broadscale release mechanisms” that transform the border into a mere checkpoint for foreign nationals arriving every day.

Without Title 42, Biden officials admit that up to half a million border crossers and illegal aliens — the equivalent of the resident population of Atlanta, Georgia, — could arrive at the border every month.

Under the plan, Biden seeks to cut deportations for border crossers and illegal aliens, instead shifting to mechanisms like parole, Notices to Appear (NTAs), and an Alternatives to Detention (ATD) program — all of which ensure the mass release of foreign nationals into the U.S. interior.