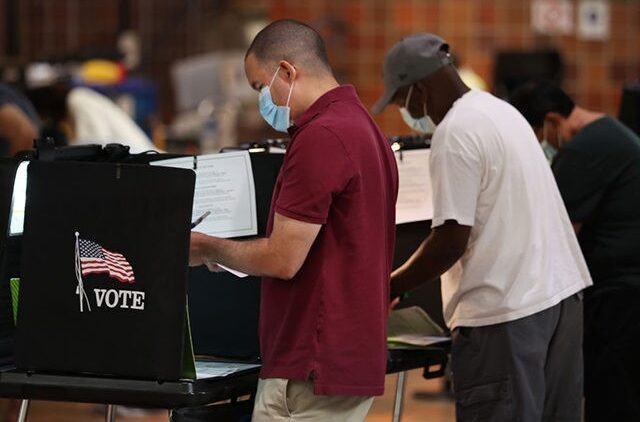 Democrats are worried about winning the 2022 midterm elections after Republican state legislatures reformed 30 election integrity laws in 18 states and additional legislation may come.

CEO of the Stacey Abrams-founded New Georgia Project, Nsé Ufot, told Politico, “If there isn’t a way for us to repeat what happened in November 2020, we’re f—ed.”

Latosha Brown, cofounder of Black Voters Matter, told Politico that“hope is quickly turning into frustration.” She then asked, “When in the hell are those who claim that they are committed to democracy going to show up to protect those that protect democracy?”

Along with the multitude of states that have successfully passed new election integrity measures, such as voting ID. and early voting requirements, more than 400 bills with election integrity provisions have “been introduced in 49 states in the 2021 legislative sessions.”

The Republicans’ successful approach has caused President Joe Biden and his congressional allies to push legislation to federalize state and local elections, putting more power in Washington via wresting control from local communities where accountability is greatest.

But Senate Republicans defeated Biden’s so-called “For the People Act” by a filibuster in June. The defeat has thrown the battle over election integrity back to the states, where “the restrictions advanced by Republicans affect so many facets of voting that Democrats cannot agree on which provisions are the most problematic.”

Democrat chaos has resulted in smiling, maskless Texas House Democrats on a plane fleeing Texas to stunt election integrity efforts in the state, which would have placed additional restrictions on voting by mail, creating new ID requirements, and expanding the freedoms for partisan poll watchers.

“As soon as they come back in the state of Texas, they will be arrested, they will be cabined inside the Texas Capitol until they get their job done,” Gov. Greg Abbott (R) responded to the stunt.

“Texas Democrats were out of moves, and the only thing they could do to deny quorum was to take their families and leave the state in the middle of the night,” Ufot stated. “That’s the kind of response and leadership that this moment requires, and I am waiting for the administration to match the energy of state and local Democrats across the country who are fighting these fights.”