Desperate Biden Personally Calling Democrats, Begging Them to Vote for His Agenda amid Mass Dysfunction 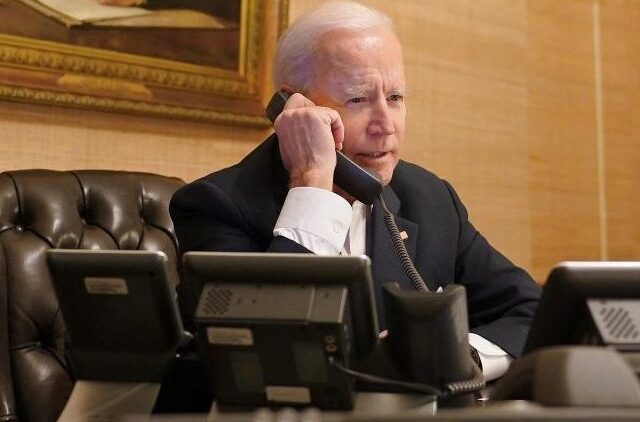 President Joe Biden, having failed twice to convince House Democrats to back his legislative agenda, resorted Thursday to personally calling lawmakers to beg them to vote for the $1.75 trillion Build Back Better Act.

Biden has pinned his legislative agenda on his passing dual infrastructure bills, the $1.2 trillion Infrastructure Investment and Jobs Act, and the Build Back Better Act. He expected his legislative majorities in the House and Senate to pass these bills despite the frictions between House moderate and progressive Democrats.

However, Biden had to scale down the price of the formerly $3.5 trillion Build Back Better Act to $1.75 trillion to placate moderates such as Sen. Joe Manchin (D-WV).

Despite Biden drawing down the scope of the reconciliation infrastructure bill, Pelosi has yet to cobble together the votes to pass it through the House.

So far, Pelosi has punted twice on her planned vote for the so-called bipartisan infrastructure bill. She delayed a vote on the Infrastructure Investment and Jobs Act in late September after progressives would not back the bill. Then progressives once again delayed the bill in late October.

Before Pelosi delayed both planned votes, Biden visited the House to beg Democrats to back one part of his legislative agenda. Democrats have not passed a significant bill since the $1.9 trillion American Rescue Plan in the spring.

Now, Biden has resorted to personally calling House Democrats to back the Infrastructure Investment and Jobs Act and the Build Back Better Act before Congress goes into recess next week.