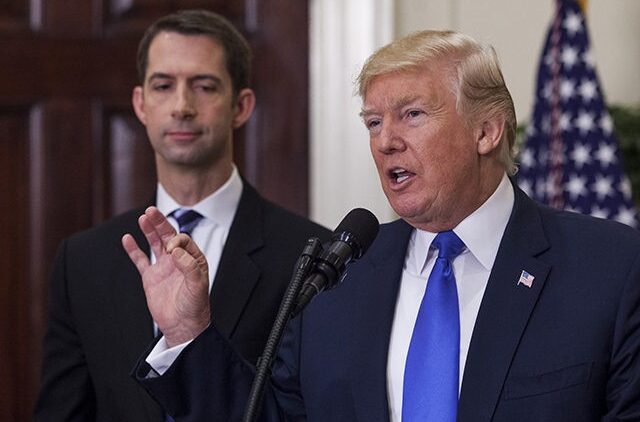 President Donald Trump challenged Sen. Tom Cotton Monday after the Arkansas senator said he would not join Republican colleagues in opposing certification of the electoral votes on January 6.

“How can you certify an election when the numbers being certified are verifiably WRONG,” Trump wrote on Twitter. “You will see the real numbers tonight during my speech, but especially on JANUARY 6th.”

Trump appeared angry at Cotton for choosing not to join a growing group of Senate Republicans who would oppose the certified electoral results in select states.

Cotton argued that Senators opposing the results of the 2020 Electoral College would “establish unwise precedents” in future elections.

“[O]bjecting to certified electoral votes won’t give him a second term—it will only embolden those Democrats who want to erode further our system of constitutional government,” Cotton wrote in a statement explaining his decision.

President Trump warned that Republicans would not forget Cotton’s choice, while senators like Josh Hawley, Ted Cruz, and Marsha Blackburn announced their intentions to object to the vote certification.

“Republicans have pluses and minuses, but one thing is sure, THEY NEVER FORGET!” he wrote.